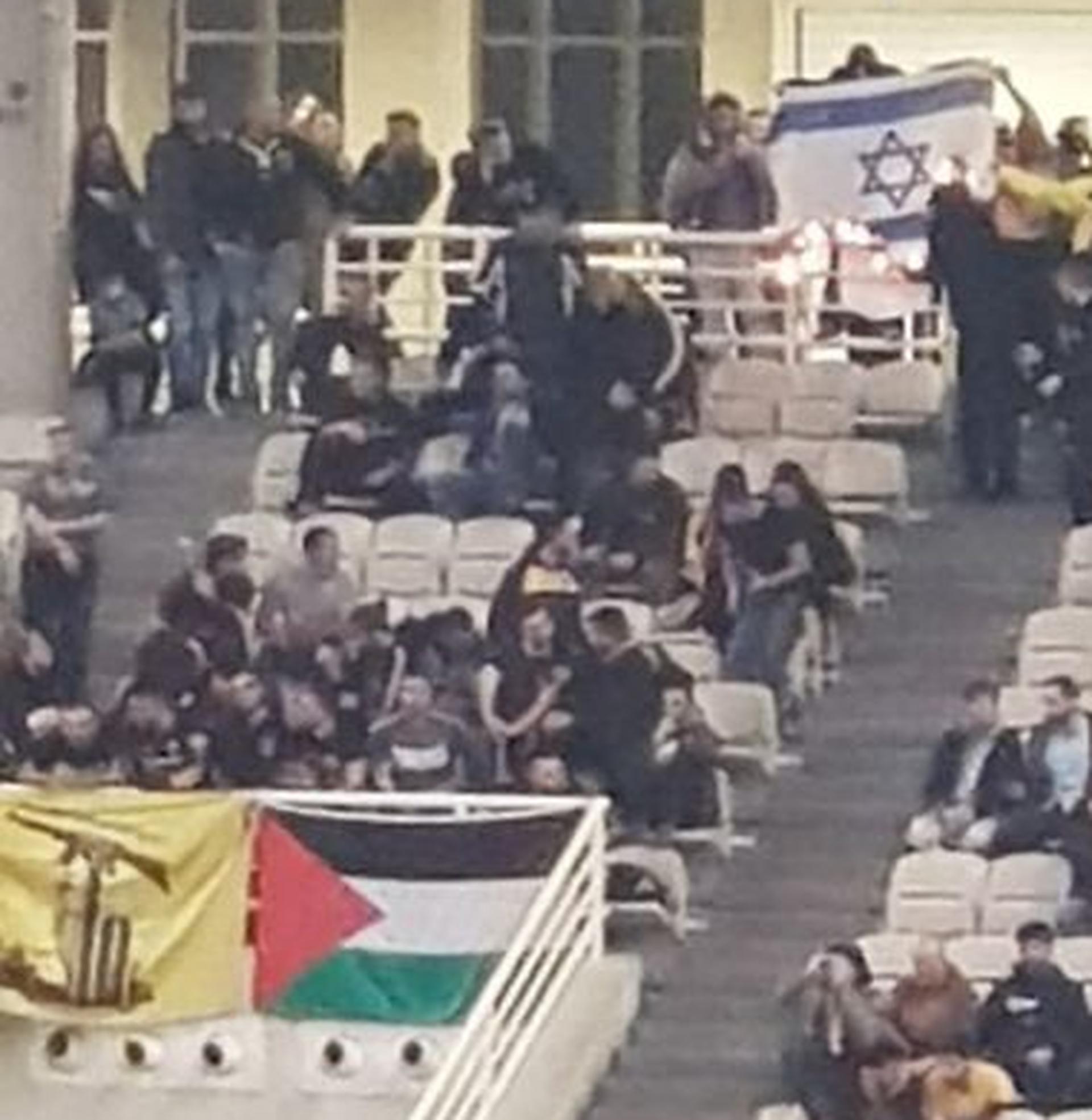 Fans of a Greek basketball team waved Palestinian and Hezbollah flags and burned an Israeli flag during a game with an Israeli team in Athens on Wednesday.

The incident happened when AEK Athens hosted Hapoel Jerusalem for the Gameday 9 match in Basketball Champions League. The Greek fans also put up pictures of Marwan Barghouti, a Palestinian terrorist currently in jailed in Israel for deadly terror activity.
AEK’s supporters even shined laser in the eyes of the Israeli fans.

“We had heavy security protecting us,” said a Hapoel Jerusalem fan, Matan Ben-Harush. “We were surrounded by hundreds of police officers, we could see the fans of the other team tearing Hapoel flags before the game but there was no physical confrontation.”
According to Ben-Harush, during the first quarter of the game, thousands of AEK fans entered the stadium. “We could see the Greek fans getting closer to our seats, waving Palestinian flags, and carrying pictures of Barghouti, the climax was when they started burning Israeli flags.”

Another Hapoel supporter said the game’s atmosphere was extremely hostile. “It’s a disgrace to basketball, there’s no place for such behavior, it was shameful seeing our flag burned, they should be mortified with themselves.”

Merav, another Hapoel fan that was at the game, described the conduct of the Athens supporters as horrifying. “It hurts seeing your country’s flag being burned in front of your very eyes, and even though the way they acted was horrifying, I felt proud to have 400 Israeli fans with me who cheered and rooted like there were thousands of us.”

“We’ve notified the BCL and there is no place for these types of acts at a sport arena,” said Hapoel Jerusalem in a statement. “We are working with FIBA authorities on this matter. We want to acknowledge the 400 fans who accompanied the team to the game.”