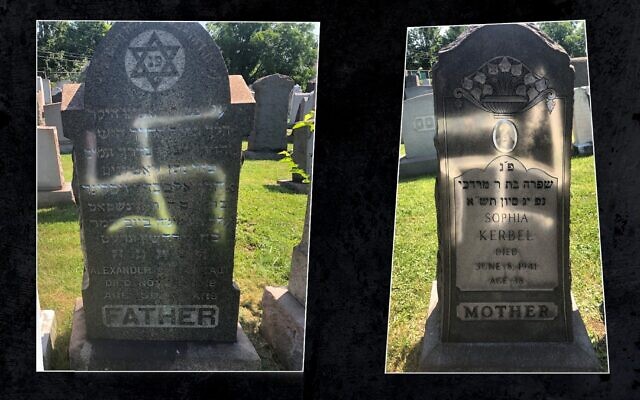 Gravestones vandalized with swastikas at Jewish cemetery in Baltimore

More than a dozen headstones were discovered vandalized with swastikas over the July 4 weekend at a Jewish cemetery in the Baltimore suburb of Dundalk, Maryland.

“It’s something I’ve never seen in all my years of cemetery-going,” said Deborah R. Weiner, a Baltimore Jewish historian who discovered the vandalism at German Hill Road Jewish Cemeteries when she and a group of fellow Jewish historian friends visited the gravesite on July 4.

The cluster of cemeteries are the final resting places for members of several local congregations, as well as for those buried through the Hebrew Orthodox Free Burial Society.

In addition to swastikas, vandals also defaced a headstone with a tag that appeared to reference Holodomor, the 1930s famine in Soviet Ukraine that killed more than 3 million people.

Invoking Holodomor as a way to target Israel and the Jews has become a growing tactic on the far-right, many of whom blame Jews for the famine.