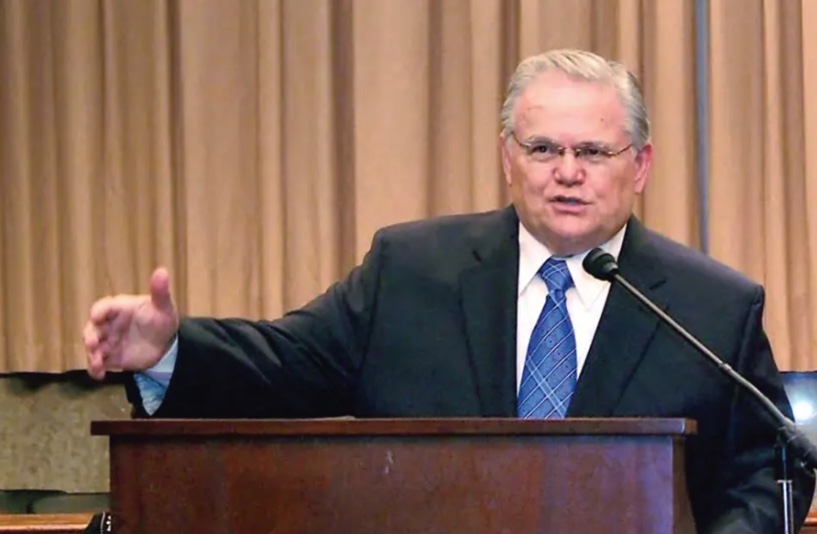 WHEN HE was unanimously elected as president of the Great Synagogue last January, Malcolm Hoenlein said that one of the first things he wanted to do was to honor Pastor John Hagee, founder and chairman of Christians United for Israel (CUFI), and his wife Diana, for their unstinting and dedicated support for Israel in general, and Jerusalem in particular.

The pandemic got in the way of realizing that ambition throughout 2021, but on Sunday of this week, almost exactly four years to the day that Hoenlein himself and World Jewish Congress President Ronald Lauder had been honored by the Great Synagogue, it was Hagee’s turn to receive peons of praise from Great Synagogue board members, who appreciate the importance of his work and who marvel at the extent of his influence.

Hoenlein, who is invited to be among the speakers at the annual CUFI conference, said the people who attend are the finest of America, and that he has never seen a better assemblage. “You go there to recharge your batteries,” he said, noting that CUFI representatives confront members of Congress on behalf of Israel, and denounce extremism, racism, BDS and antisemitism, while helping to promote various pro-Israel projects. “As much as we want to honor you,” he told Hagee, “your presence honors us.”