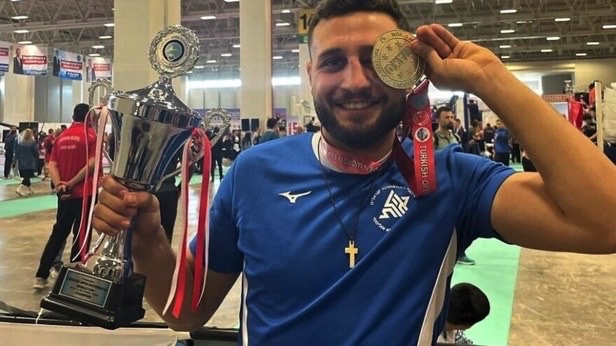 Sakas told Israel’s Channel 12 that he hopes to encourage coexistence by representing Israel in international competitions. “I’m first and foremost an Israeli citizen,” said Sakas. “I do not care about Judaism, Islam, Christianity or Druze. I represent the country and want everyone here to live in peace with each other.”

Speaking about his decision to hold up Israel’s flag following his victory, he explained: “I expect every Israeli citizen to wave the Israeli flag. I do not try to rile up people or anything like that. I wave the flag because I am an Israeli citizen.”