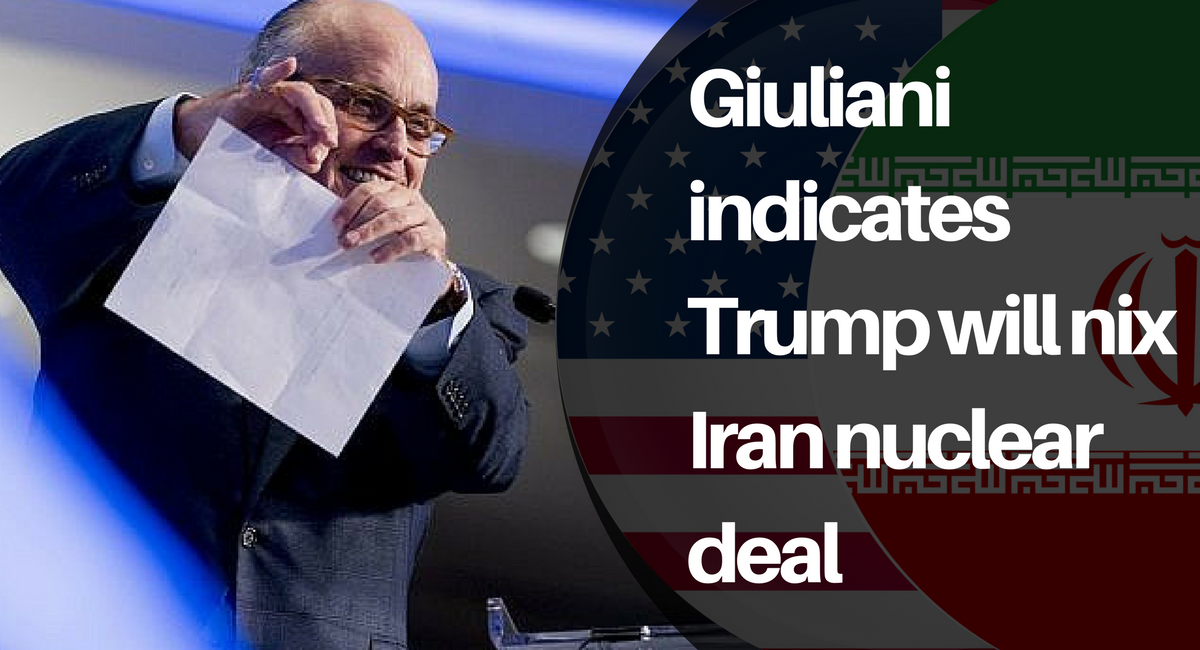 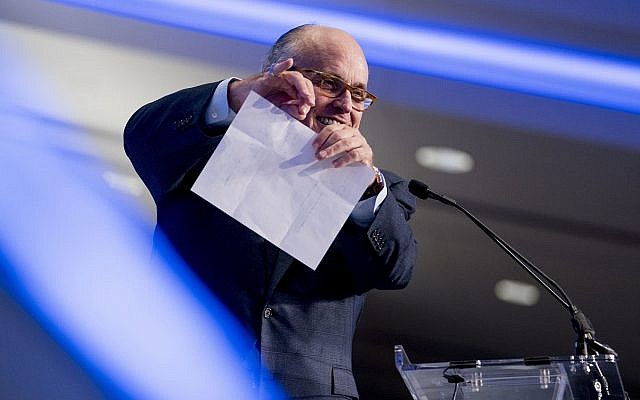 Speaking before the Iran Freedom Convention for Democracy and Human Rights, Rudy Giuliani bellowed at the crowd: “What do you think is going to happen to that agreement?” Then he held up a piece of paper and pretended to rip it apart and spit on it.

He dominated the news cycle this week after claiming on Fox News that Trump had “reimbursed” his longtime personal attorney Michael Cohen for a $130,000 payment to the adult film actress Stormy Daniels. Trump and the White House had previously said the president had no knowledge of the payment and did not pay Cohen back for the hush money.

Giuliani continued making news on Saturday, conveying to a large crowd at Washington’s Grand Hyatt Hotel that Trump would ultimately withdraw from the Joint Comprehensive Action, as the Iran deal is formally known. The convention he was addressing was orchestrated to support Iranians who protested the country’s leadership last December.

Trump faces a self-imposed May 12 deadline to decide whether he will waive sanctions against Tehran or walk away from the accord. In January, he told Congress and European allies that he would ditch the deal if they didn’t amend it. Since then, international negotiators have been unable to change any of the agreement’s main components, and Iran has said firmly it will not accept any changes.

In a press availability after his speech, Giuliani, who as of last week officially works for the president, advocated for regime change in Iran. He also tempered his ripped-page gambit by adding that he couldn’t predict Trump’s decision.

“I have been in support of regime change for I don’t know how long, ” he said. “I continue to be. I think it’s the only way to peace in the Middle East. It’s more important than an Israeli-Palestinian deal. Iran used to be an ally of not only the United States, but of Israel. That could happen again.”