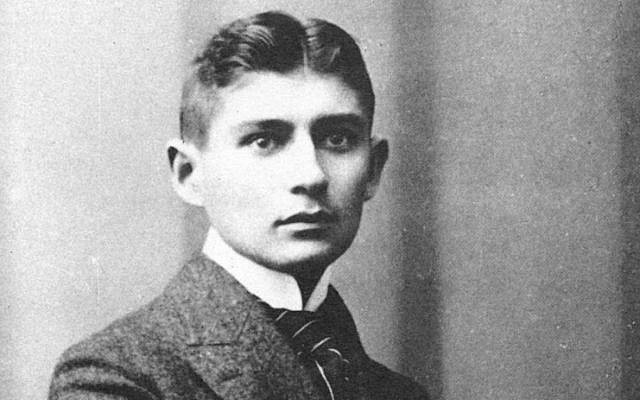 BERLIN, Germany (AFP) — German police on Tuesday will hand over to Israel thousands of stolen papers and manuscripts belonging to Max Brod, the friend and literary executor of Czech writer Franz Kafka.

Brod, who died in Tel Aviv in 1968, is primarily responsible for Kafka’s success as one of the 20th century’s most influential writers, having published many of his works after the writer’s death in 1924.

Prague-born Brod had fled from Adolf Hitler’s Nazi regime to Tel Aviv in 1939, carrying Kafka’s estate in his suitcase, even though the writer of “The Trial” had insisted his works be destroyed after his death.

A ceremony in Berlin at the residence of Israeli Ambassador Jeremy Issacharoff on Tuesday will see German police hand thousands of Brod’s personal papers over to the National Library of Israel.

It will end a decade-long struggle to retrieve the missing Brod papers which, according to Israel’s National Library, were stolen 10 years ago in Tel Aviv.

The documents, letters and memoirs re-emerged in 2013, when two Israelis approached the German Literary Archives in Marbach, and private collectors, with a huge collection of unpublished documents belonging to Brod.