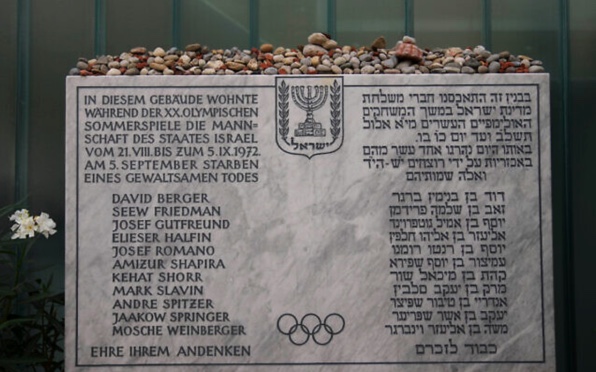 Germany, families of Munich massacre victims agree on compensation ahead of memorial

The families of 11 Israeli athletes killed by Palestinian attackers at the 1972 Munich Olympics have reached a deal with Germany over a long-disputed compensation claim, the German government said Wednesday.

Earlier this month, the families had threatened to boycott Monday’s 50-year anniversary ceremony in Munich organized by German authorities because they said the amount they had been offered was too low.

“The German government welcomes the fact that it has now been possible to reach an agreement with the relatives on an overall concept to mark the 50th anniversary,” a spokesman for German Chancellor Olaf Scholz said.

“This includes the reappraisal of the events by a commission of German and Israeli historians, the release of files in accordance with the law, the classification and acceptance of political responsibility within the framework of the commemoration ceremony, as well as the provision of further recognition services by the federal government, by the state of Bavaria and by the city of Munich,” spokesman Steffen Hebestreit said.