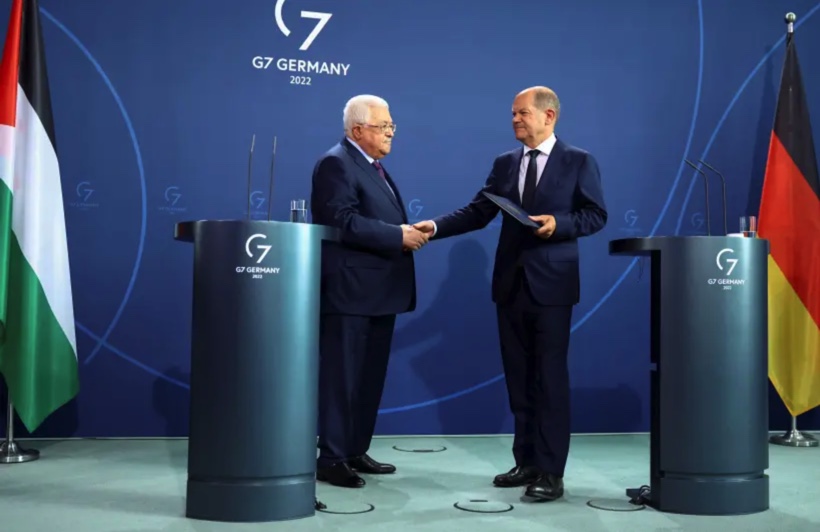 Berlin police opened an investigation into Palestinian Authority President Mahmoud Abbas on Friday, according to German media. He is being investigated for Holocaust denial – a criminal offense in Germany.

Berlin native and descendent of Holocaust survivors Mike Delberg filed the official police report to the Berlin Police on Wednesday, after Abbas made comments comparing the Israeli-Palestinian conflict to the Holocaust at a joint press conference with German Chancellor Olaf Scholz.

When Abbas was asked whether he would apologize for the attack on the Israeli Olympic team by the Palestinian terrorist group Black September, he responded by saying, “If you want to go over the past, go ahead. I have 50 slaughters that Israel committed… 50 massacres, 50 slaughters… 50 holocausts.”