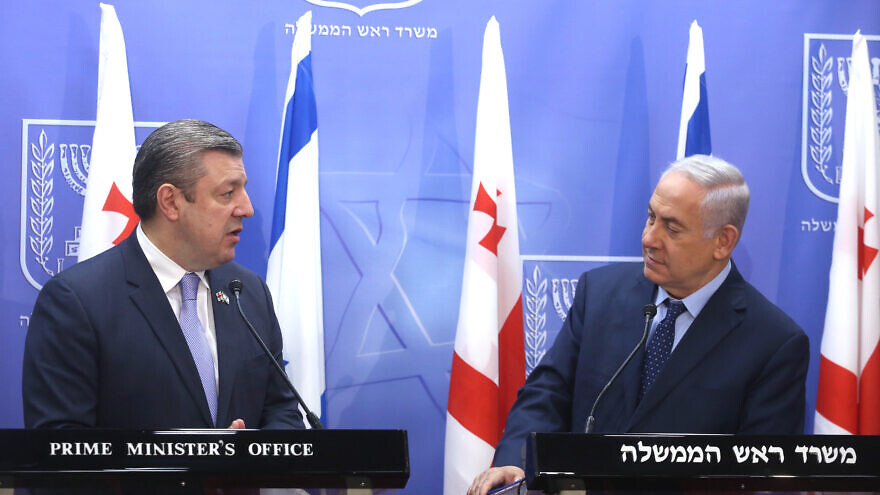 (December 27, 2019 / JNS) Georgia is set to open a cultural center in Jerusalem, becoming the eighth country to do so, its Israel embassy confirmed on Thursday.

A spokesperson for the Georgian Embassy said it has not been decided yet when or where the center will open, and that details are still being discussed.

Israel’s Deputy Foreign Minister Tzipi Hotovely applauded the decision, saying “more and more countries are joining the historic process that began with the U.S., and are recognizing the historic connection between the Jewish people and Jerusalem.”

“As a daughter of immigrants who came to Israel from Georgia, I am proud of this move and hope it will be completed with the [Georgian] embassy moving to Jerusalem,” she added.

Located in the Caucasus Mountain region of Eurasia, the former Soviet state established relations with Israel shortly after independence in 1992, and the two countries enjoy close security cooperation. There are an estimated 120,000 Georgian Jews residing in Israel and 13,000 living in Georgia.

Less than two weeks ago, Brazil opened a trade office in Jerusalem. The United States and Guatemala have their embassies in Jerusalem, and Honduras is expected to follow suit in the coming weeks.

Honduras, Hungary, Australia, Brazil and the Czech Republic have trade offices in the Jerusalem, and Slovakia and Ukraine are also expected to open similar offices.