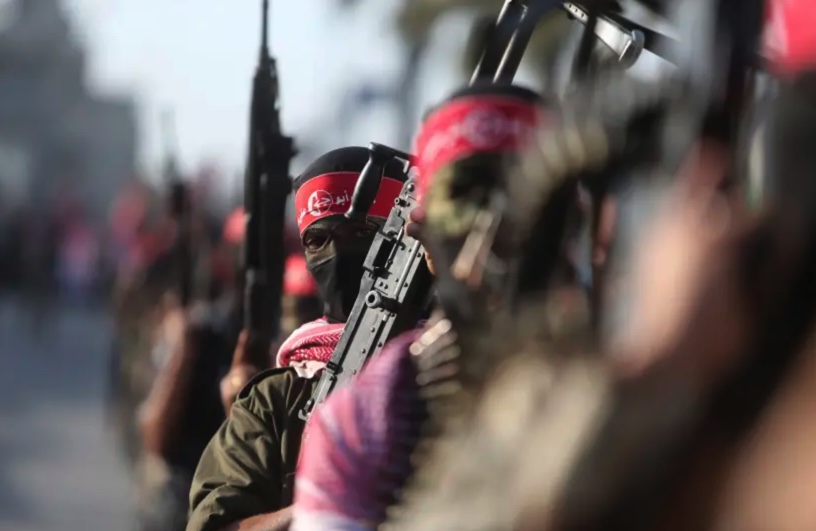 The so-called “military” wings of several Palestinian factions on Sunday said they have launched a large-scale, joint maneuver in the Gaza Strip.
The announcement came amid growing tensions in the West Bank and calls by Hamas and other Gaza-based factions for stepping up attacks against Israel.
It also came in wake of unconfirmed reports that Egyptian mediation efforts to prevent an all-out military confrontation between the Palestinian groups and Israel have failed.
The maneuver, the second of its kind in the past year, aims to “raise military readiness” for a possible confrontation with Israel and increase coordination between the factions, according to the “Joint Room of the Palestinian Resistance Factions,” which includes most of the armed groups in the Gaza Strip.
The maneuver will continue for several days at training sites, it said in a statement. At least 12 groups were taking part in the exercise, Palestinian sources said.
Read More: The Jerusalem Post