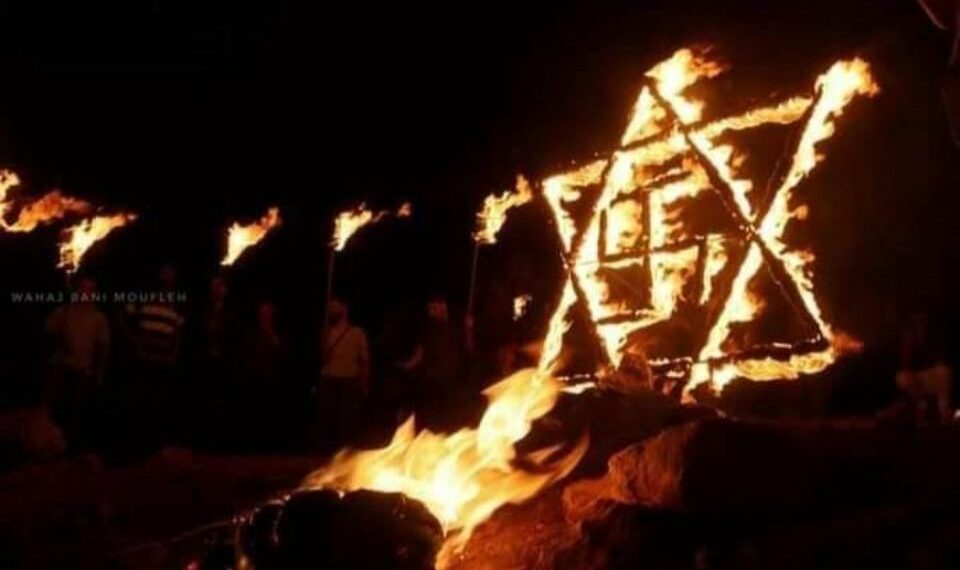 Gantz slams use of Nazi symbols by Palestinian protesters

Defense Minister Benny Gantz on Monday called on the international community and the Palestinian Authority to condemn the use of Nazi symbols by Palestinian protesters.

“The use of protests in Judea and Samaria in symbols from the days of Nazi rule is serious and illegitimate,” Gantz said in a statement. “I call on the international community and the Palestinian Authority to condemn these actions, and to take action against the instigators who crossed a bright red line.”

Coordinator of Government Activities in the Territories Maj. Gen. Ghassan Alian also slammed the move, saying that “in using these symbols of hate, the demonstrators crossed a line. Any comparison between Nazi and Zionist ideas indicates just how ignorant the person who does such a thing really is, both historically and morally.”