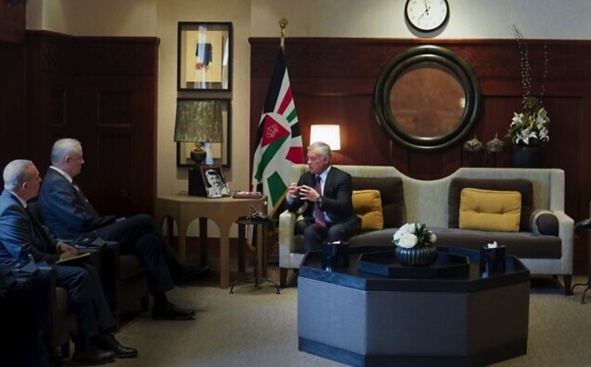 It was the third meeting between Abdullah and Gantz, with the first happening secretly in February 2021, and a second taking place publicly in January this year.

According to Gantz’s office, the meeting focused on local security and policy topics.

Gantz presented Abdullah with the steps that Israel intends to take in order to maintain freedom of worship for Palestinians in Jerusalem during Ramadan, as well as other moves intended to improve the lives of Palestinians in the West Bank and Gaza Strip, his office said.

Israel recently increased the number of permits for Gazans to work in Israel by an additional 8,000, to a total of 20,000.

“The defense minister emphasized to him the importance of maintaining stability and calm, and the overall need to fight terror, and in particular the Islamic State organization, which is behind the recent terrorist attacks in Israel,” Gantz’s office said.