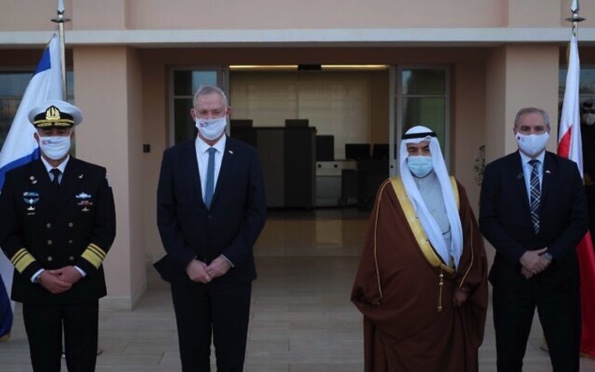 Defense Minister Benny Gantz landed in the Bahraini capital on Wednesday afternoon in his first official visit to the island kingdom. He is set to sign security agreements with his Bahrainai counterpart as the two nations look to further solidify their ties.

For security reasons, Gantz’s landmark trip was kept secret until he landed in Manama, and details of his schedule in the island kingdom were similarly not immediately permitted for publication.

During the visit, Gantz will sign security agreements with Al Noaimi, the details of which were still being discussed ahead of the trip.

In addition, the defense minister was scheduled to visit the United States Navy’s 5th Fleet, which is based in the Persian Gulf island nation, as well to meet with its commander Brad Cooper.