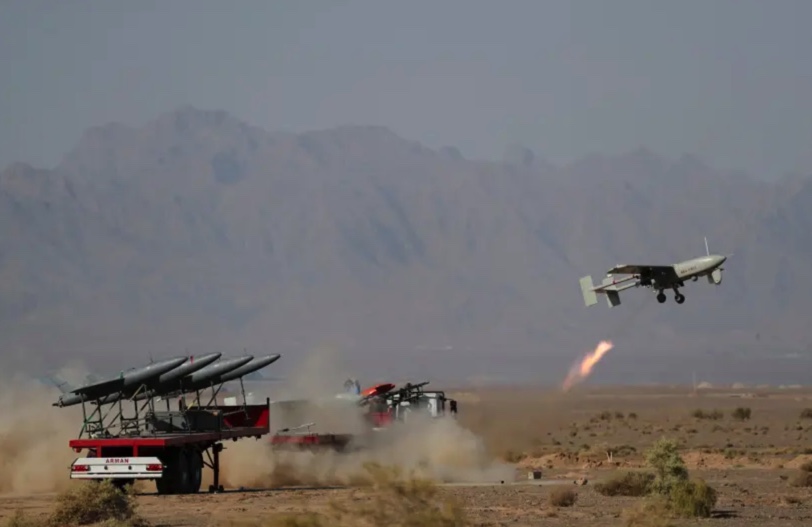 Gantz: Iran conducted 16 separate attacks in past 5 years in the Gulf and Red Sea

Iran has conducted at least 16 separate attacks on international vessels in the Gulf and Red Sea in the past five years and can reach a significant quantity of enriched uranium for one nuclear bomb (SQ1) at 90% in only two weeks, Defense Minister Benny Gantz said Thursday.

“Just this month we saw an attack on a commercial vessel using a Shahed 136 UAV, which was launched from the Chabahar region of southern Iran,” Gantz said. This is the same area I discussed a year ago with your ambassadors, as a hotspot of terrorism. In fact, in the last five years, Iran has conducted at least 16 separate attacks on civilian international vessels in the Gulf and the Red Sea.”

Gantz, who made the comments during a security briefing for defense attaches of over 30 countries, stressed that the Islamic Republic is not only a threat to Israel, but poses a challenge to the region and the world.