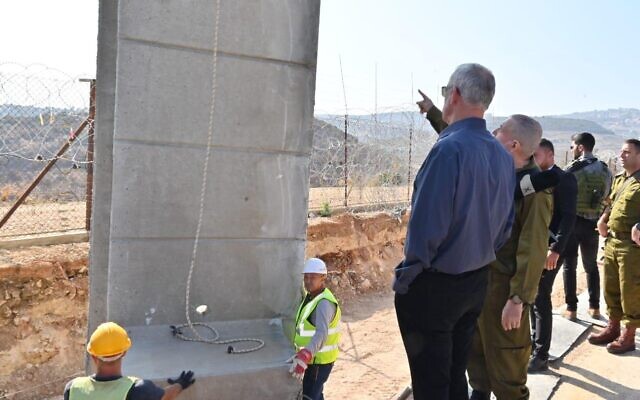 Defense Minister Benny Gantz on Monday approved plans to upgrade a section of the West Bank security barrier, months after a series of deadly terror attacks were committed by Palestinians who illegally entered Israel.

The Defense Ministry said a tall steel fence, similar to the ones on the borders with Egypt and the Gaza Strip, would replace a 50-kilometer (31-mile) stretch of fencing from the Te’enim checkpoint, near the settlement of Avnei Hefetz, to the settlement of Oranit.

In the summer, construction began on a 9-meter (30-foot) tall concrete wall to replace another 50-kilometer (31-mile) stretch of fencing from the town of Salem, close to the northern West Bank barrier, to the Te’enim checkpoint — one of the first sections of the barrier ever built, some 20 years ago.