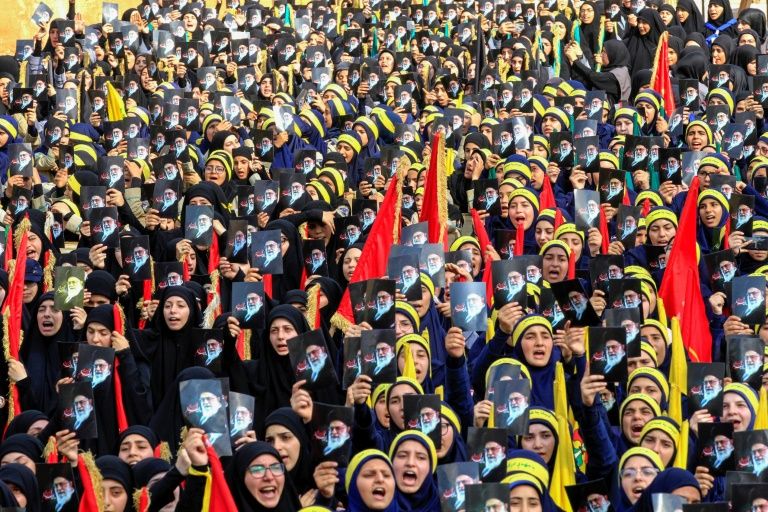 Beirut (AFP) – A US official warned Lebanese politicians on Monday that future US sanctions would target any party suspected of providing “material” support to the Iran-backed Hezbollah movement, a Lebanese source told AFP.

During the meetings, Billingslea warned that US sanctions may extend beyond direct affiliates of Hezbollah, according to a source present at talks.

“The US will sanction any group that provides material support to Hezbollah, be it through supplying weapons or money,” the source quoted Billingslea as saying.

But sanctions “will not target groups who are only tied to Hezbollah politically,” he added, easing concern that the group’s political allies, including President Michel Aoun’s Free Patriotic Movement and Berri’s Amal Movement, could be targeted.

As well as maintaining a large paramilitary force that has fought both Syrian rebels and Israel, Hezbollah is a key political force in Lebanon.

Billingslea, who arrived in the country on Sunday for meetings with banking and government officials, aims to “encourage Lebanon to take the necessary steps to maintain distance” from the group, said a statement released by the US embassy in Beirut.

The Iran-backed movement has been a US-designated terrorist group since 1997 and fights alongside the regime of Syrian President Bashar al-Assad in the country’s civil war.

Since US President Donald Trump took office, the US has tightened sanctions against the group as well launching a campaign of “maximum pressure” against its main external sponsor, Iran.

In early September, the group exchanged cross-border fire with key US ally Israel.

On September 12, Washington’s Assistant Secretary of Near Eastern Affairs said future US sanctions could extend beyond the Shiite movement.

“In the future, we will designate, because we have to, individuals in Lebanon who are aiding and assisting Hezbollah, regardless of what their sect or religion is,” David Schenker told Lebanon’s LBCI network.

On August 29, heavy financial sanctions took force against the Jammal Trust Bank in Lebanon, which was accused of acting as a key financial institution for Hezbollah.

In July, the US imposed sanctions on three senior Hezbollah officials in Lebanon, including two lawmakers, in the first such move against members of parliament.