Friedman: No better example of US commitment to Israel than deployment of THAAD anti missile system 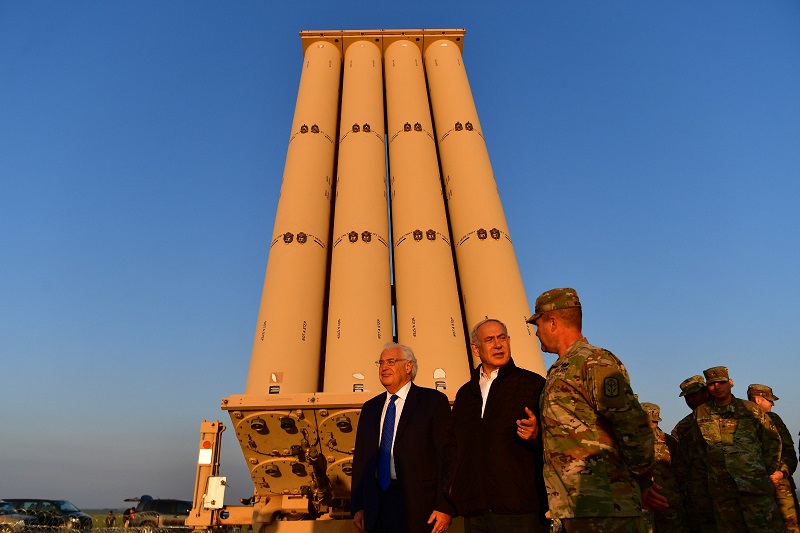 Israel’s Prime Minister Minister Benjamin Netanyahu and US Ambassador to Israel David Friedman on Wednesday toured the area where a newly deployed US THAAD anti-missile is stationed.

THAAD — which stands for Terminal High Altitude Area Defense — is a system manufactured by the Pentagon’s top weapons supplier Lockheed Martin, and is often heralded as the most prized part of the US’ impressive defense system.

“I think this is a testament to the strength of the alliance between Israel and the United States. The coalition for a common defense, that is expressed not merely in intentions but in actual forces on the ground, I think is remarkable,” Netanyahu said at the deployment area.

“We’re very, very happy with the cooperation and with the American commitment, often expressed by President Trump, to Israel’s security,” the Israeli Prime Minister added.

“I can’t think of a better example of the incredibly close and important cooperation between Israel and the United States. This is an outstanding example of how the American armed forces have made a commitment to Israel’s safety and security. They’ve done this in many other ways, but I can’t think of a better single example than we’re looking at right now,” Friedman said.

It’s a testament to the really unbreakable bond between Israel and the United States on so many different levels, including mutual security,” the US ambassador added.