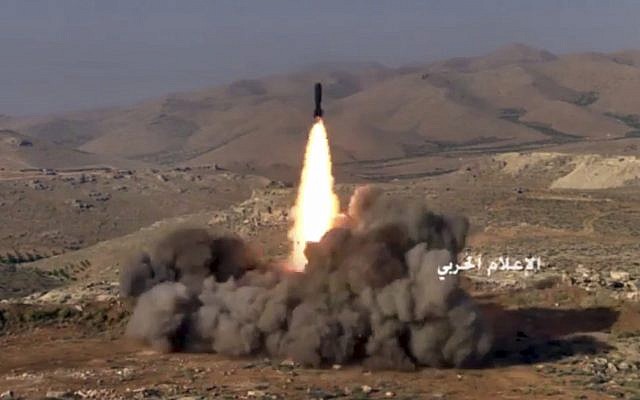 France has warned Lebanon that Israel will not tolerate the existence of an Iranian-backed manufacturing facility for precision-guided missiles located inside the country, the London-based Arabic-language Al-Hayat newspaper reported on Saturday.

Diplomatic sources from within the Arab world told the newspaper details of the facility were conveyed to France from the US and originated with Israel.

The newspaper reported that France expects Lebanon to take action against the Iranian-backed production facility.

Earlier this month, US Secretary of State Mike Pompeo reportedly warned Beirut about a new missile production facility by Iranian proxy Hezbollah in Lebanon, saying that the actions of the terror group and Iran constituted a threat to both Israel and Lebanon.

In January, President Reuven Rivlin told French President Emmanuel Macron that Israel could be forced to strike Hezbollah’s rocket-building operations “in the heart of Beirut,” a development he warned would drag Lebanon into a punishing regional war that neither side wants. Rivlin stressed at the time that Israel holds the Lebanese government responsible for all military activity in its territory and urged Macron to use France’s diplomatic clout to convince Beirut to contain the Iran-backed Hezbollah.