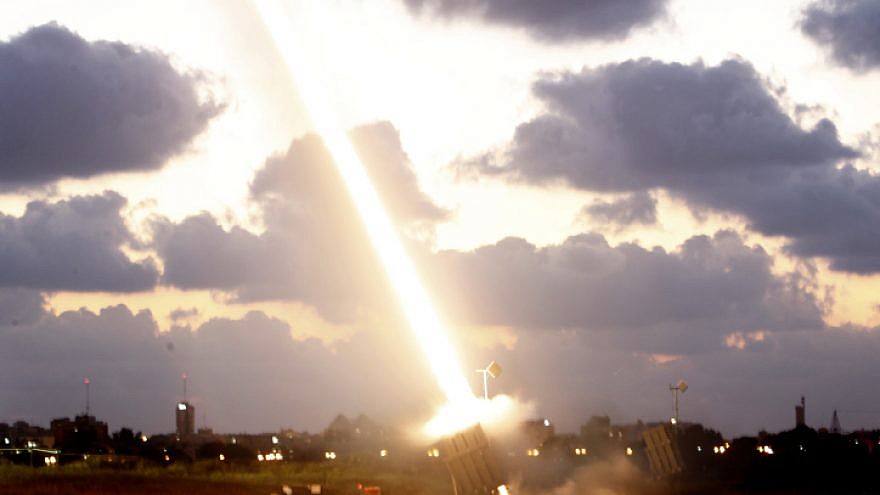 (November 19, 2019 / JNS) Four missiles were launched at Israel from Syria on Tuesday morning, according to the Israeli military.

The attack triggered sirens in the northern Golan and the Galilee region at 4:52 a.m., sending residents rushing to bomb shelters. Israel’s Iron Dome air defense system downed all four projectiles, according to the Israel Defense Forces.

“Four launches were seen from Syrian territory toward Israeli territory that were shot down by soldiers operating the Iron Dome missile defense system,” the military said in a statement.

The attack comes shortly after the IDF warned that Iran was planning to increase its aggression in the region.

On Nov. 12, just hours after Israel killed top Palestinian Islamic Jihad (PIJ) commander Baha Abu al-Ata in the Gaza Strip, senior PIJ official Akram al-Ajouri was targeted in a pinpoint strike in Damascus which has been widely attributed to Israel. Al-Ajouri was seriously injured and his son and a bodyguard were killed in the attack.

On Monday, Israel initiated a surprise two-day military drill in the northern part of the country.

No special instructions have been issued for residents of the Golan in the wake of Tuesday’s attack.