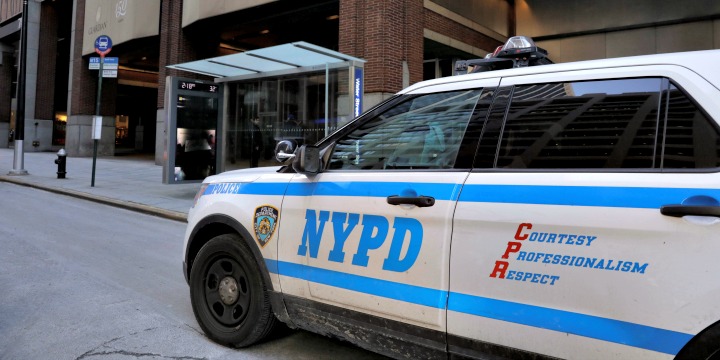 In a video published by PIX11 News, the man is seen vandalizing the Young Israel of Midwood, one of a string of similar incidents that took place on Saturday night. The other three synagogues targeted were Kahal Darkei Noam, Khal Toras Chaim D’Flatbush and Knesses Bais Avigdor.

“Let us remember, hate, in any of its forms, will not be tolerated in New York and we will always stand united against the cowards who seek to sow division and attack people for who they are or what they believe,” the governor said in a statement.

According to police, derogatory language was included in the graffiti, and one of the targeted synagogues, Knesses Bais Avigdor, was also burglarized.

Dr. Joshua Gleis — a security consultant who works with synagogues in the New York area — told The Algemeiner on Wednesday that he saw the incidents as part of a “highly-charged environment” related to the recent presidential election, the coronavirus pandemic, the economy and extremist activities.

“We are going to see a continued targeting, blaming and scapegoating of Jews in the United States and around the world,” said Gleis, who is president of Gleis Security Consulting.