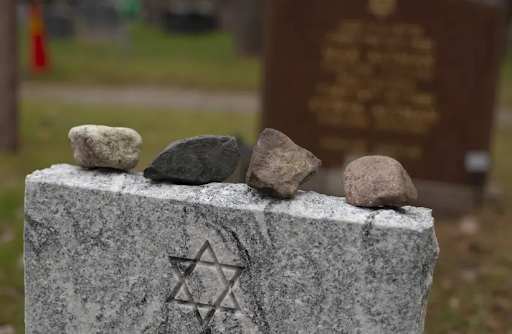 A fountain dedicated to Holocaust survivors that also was used for ritual hand-washing inside a California cemetery was toppled and smashed.

Police are investigating the incident at Santa Rosa Memorial Park to determine if it was a hate crime, the Santa Rosa Press Democrat reported. The vandalism occurred on Sunday night or Monday morning.

A maintenance trailer at the other end of the cemetery also was damaged, though nothing was reported stolen. Santa Rosa Police told the newspaper that it was unclear if the two vandalism acts are connected.

The fountain was part of a memorial created for the late Lillian Judd and her husband, Emil, local Holocaust survivors. Lillian Judd regularly spoke to Sonoma County students about the Holocaust. A mosaic erected behind the fountain lists the names of 12 family members who were killed during the Holocaust.

Traditional Jews perform a hand-washing ritual after they visit a cemetery.

Dennis Judd told the newspaper that he hopes the community will rally behind whatever symbol replaces the fountain.