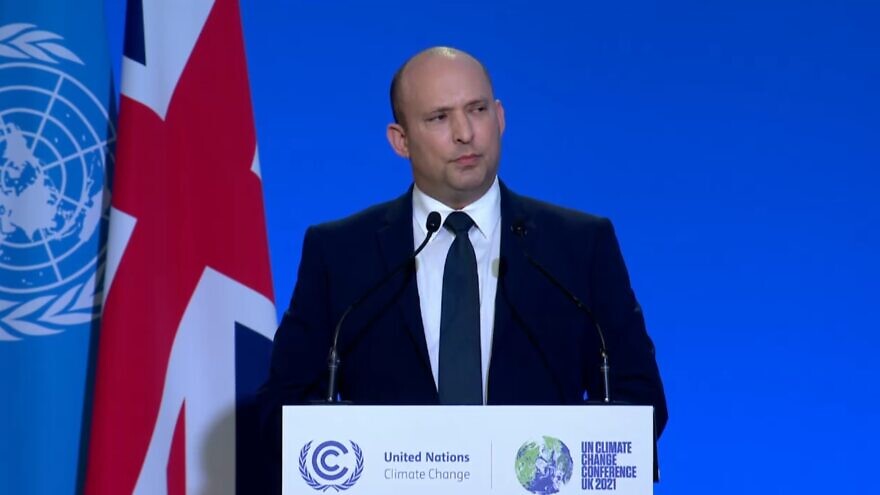 The current Israeli government led by Israeli Prime Minister Naftali Bennett is taking the issue of climate change more seriously than ever before. Israel has brought a delegation of 140 members to the 26th U.N. Climate Change Convention (COP26) in Glasgow, Scotland.

Bennett pledged this week that Israel will no longer burn coal for electricity by 2025, and committed Israel to be a net-zero carbon economy by 2050. While the pledges, particularly the latter, will be extremely difficult for a nation that currently relies on abundant sources of natural gas, the net result will likely be negligible compared to significantly larger countries.

Speaking at the COP26 plenary, Bennett noted, “Our carbon footprint may be small, but our impact on climate change can be mighty.” He called on Israeli entrepreneurs to “be the game-changers” and harness their creativity for climate solutions, calling the Jewish state the “climate innovation nation.”