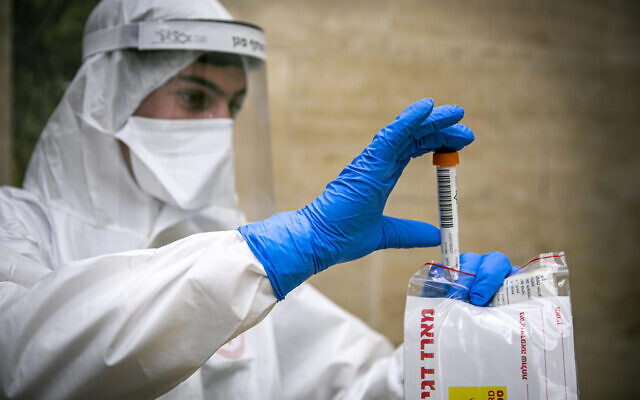 For the first time since the outbreak of the coronavirus in the country earlier this year, the number of people in Israel who have recovered from the virus surpassed the number of those who are still sick, according to Health Ministry figures published Wednesday.

The disease has claimed 212 lives, with two people dying overnight.

Since its last update on Tuesday, another 193 cases were confirmed, the ministry said.

Due the virus outbreak a national curfew was imposed over the period of Israel’s 72nd Independence Day, from Tuesday afternoon until Wednesday evening, to prevent large gatherings as Israelis celebrate the founding of the state. Official events have been dedicated in honor of medical staff working to combat the virus.

In recent days, Israel’s infection rate has appeared to fall off significantly, with only dozens of new cases being reported every 12 hours, and the government has announced steps to ease restrictions on commerce and movement.