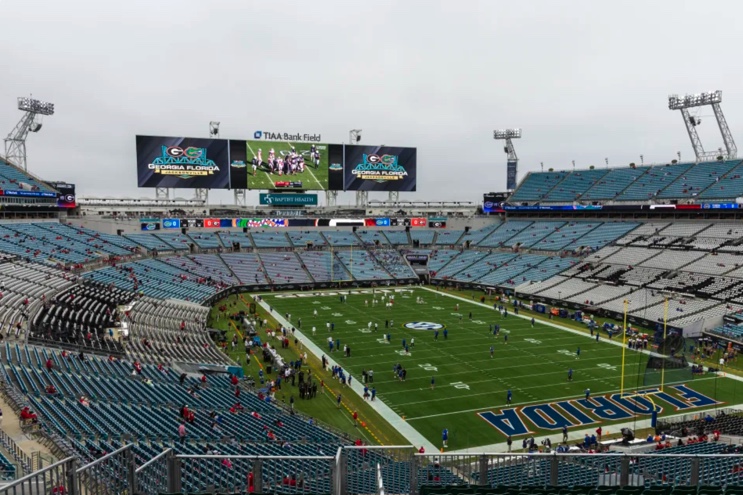 Florida and Georgia issued a joint statement on Sunday morning condemning an antisemitic message that was projected onto the exterior of TIAA Bank Field after the Bulldogs’ 42-20 win over the Gators.

The message positively referenced Kanye West’s antisemitic remarks earlier this month. The statement from the school not only denounced what was projected onto the stadium but “other antisemitic messages” in the city of Jacksonville.

Horrible to see that someone projected an anti-Semitic message on to TIAA Bank Field at the end of the sold-out Georgia-Florida game. A relative sent this to me. It’s in reference to comments Ye (formerly Kanye West) made recently.

“We strongly condemn the antisemitic hate speech projected outside TIAA Bank Field in Jacksonville after the Florida-Georgia football game Saturday night and the other antisemitic messages that have appeared in Jacksonville,” the schools said in a statement. “The University of Florida and the University of Georgia together denounce these and all acts of antisemitism and other forms of hatred and intolerance. We are proud to be home to strong and thriving Jewish communities at UGA and UF and we stand together against hate.”