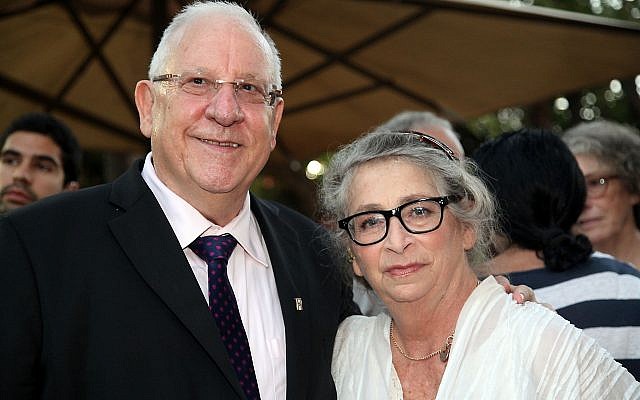 The wife of President Reuven Rivlin was in stable condition Wednesday morning, but still under sedation and on a respirator, after a sudden deterioration in her condition the prior evening prompted her hospitalization.

The first lady was suffering from “severe shortness of breath with a cardiac link,” said a statement from the hospital, where the transplant operation took place.

In a separate statement Wednesday morning, the hospital said Rivlin had had a “quiet night” in its cardio-thoracic intensive care unit.

The president abruptly cut short a state visit to Canada on Tuesday to fly home on the next available Air Canada flight, which left around midnight Israel time. He arrived back in Israel and traveled directly to the hospital to be at his wife’s side, his office said in a statement.

The President’s Residence said he had been in constant contact with the hospital while making his way to Israel.

The rest of his delegation will depart on the previously scheduled El Al flight on Wednesday.

Nechama Rivlin, 73, has pulmonary fibrosis, a condition in which scar tissue accumulates in the lungs and makes it difficult to breathe.