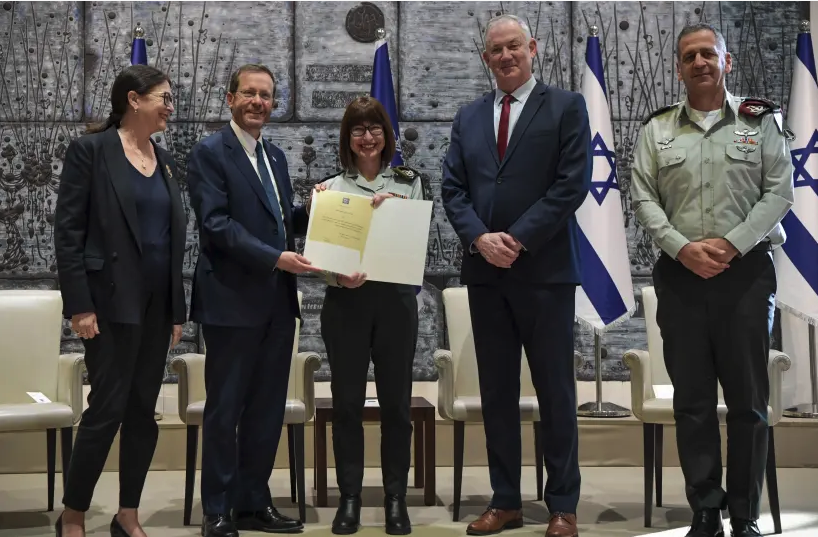 Two highly experienced military judges who had been promoted to higher ranks were sworn in on Sunday at the President’s Residence. This was the third time that their swearing-in ceremony had been scheduled. On the previous two occasions, it was postponed due to one of the participants in the ceremony being infected with COVID-19.  Even on this occasion outgoing Military Appeals Court President Doron Maj. Gen. Doron Piles could not attend because he is ill with COVID.

President Isaac Herzog speaking before  Brig. Gen. Orli Markman was officially appointed president of the IDF Military Court of Appeals and promoted to Maj. Gen. by Defense Minister Benny Gantz and Chief of Staff Aviv Kohavi, and Col. Maya Goldschmidt was appointed a judge at the Military Court of Appeals, could not help but exclaim “At long last.”