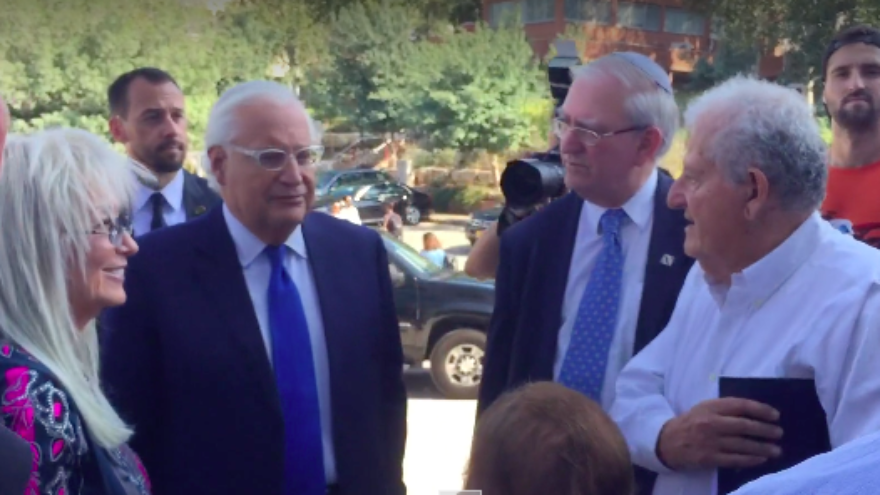 Friedman added, “The United States Embassy enjoys a warm relationship with the University of Ariel. We are inspired by its contribution to Israeli society and the scientific world.”

Dr. Miriam and Sheldon Adelson were present for the opening day of the new medical school in the city of Ariel named in their honor: the Adelson Medical School of Ariel University.

“We are living in the time of the redemption, and as our rabbis have taught us, ‘the Jewish people acquire the land of Israel through suffering,’” said Dr. Miriam Adelson. “And in Israel, as in Israel, we also had to go through suffering to establish this medical school.”

It was a process not without some controversy.

“We had bureaucratic issues to overcome to get permission to establish the school here in Ariel,” said Adelson. “And in Israel, as in Israel, we had to overcome people who tried to stop the establishment of this critical and much-needed medical school on this ancestral Jewish land to try to remove from us our legitimacy in being on this land.”

“But we won, Zionism won, and the truth won,” she continued. “And the truth is that there is no better place than Ariel for a new medical school. It was here where our ancestors prayed at the Tabernacle in Shiloh and established an amazing religion that the lights the path for the whole world.”

“From here on in, young students of all backgrounds—Jewish, Muslim, Christian, Israelis, Palestinian Arabs and foreigners—will learn the holy work of medicine to help all of humanity. And by doing so, they will show the world that the modern country of Israel continues to be a light unto the nations.”