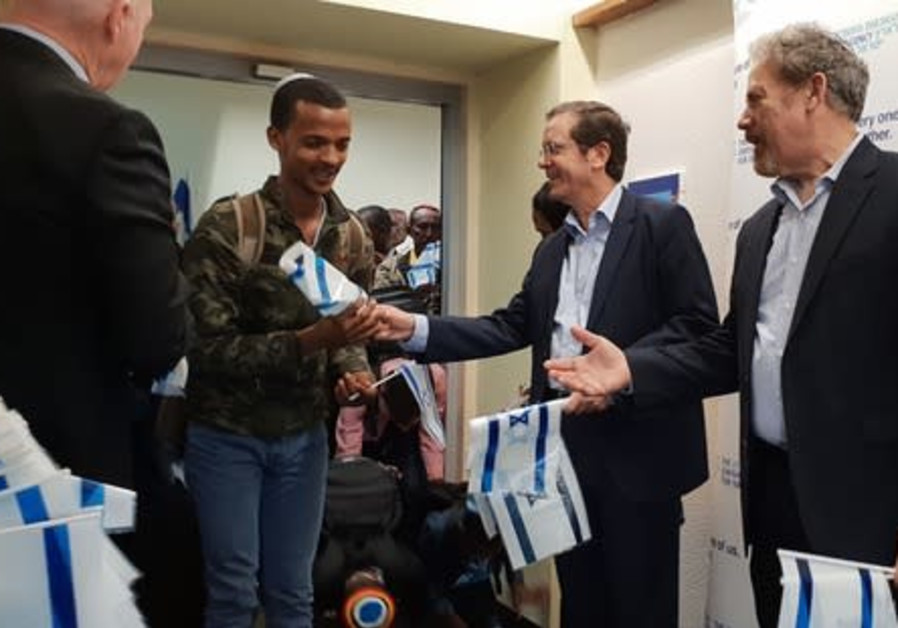 The first 83 immigrants from Ethiopia, out of a total of some 1,000 approved last year for entry into Israel, arrived at Ben-Gurion Airport on Monday night after waiting in Gondar for an average of 15 years.

In October, the government approved for immigration 1,000 members of the Falash Mura community in Ethiopia who have children currently living in Israel.

Although the government gave approval for 1,000 immigrants based on the criteria of having children already living in Israel, senior sources in the Jewish Agency who wish to remain anonymous because of the sensitivity of the matter said that it is unclear if there are in fact that many members of the community who fulfill these criteria.
If there are less than 1,000, the criteria may be expanded to include those with other relatives in Israel, as long as applicants for immigration fulfill other more basic criteria determined by the Interior Ministry and other government agencies.

The immigrants were welcomed by Jewish Agency Chairman Isaac Herzog and Aliyah and Integration Minister Yoav Galant, as well as by several well-wishers, including a delegation from the Jewish Federation of Chicago.

“Welcome to Israel my brothers and sisters,” declared Herzog at the arrival ceremony in the airport. “You have waited for many years for this and you are now here at home with your family.”

“I know you left friends and family in Ethiopia and I call on the government to bring all those who remain in Ethiopia to Israel,” he said.

Bilililgn Zigale, 26, who served as a teacher and cantor in Gondar, was one of those granted approval for immigration to Israel, along with his mother and father.

A brother and sister of his received approval for immigration, although two sisters are yet to receive approval.

“I am happy and also sad because I am here but my sisters are still in Gondar,” said Zigale in Hebrew.