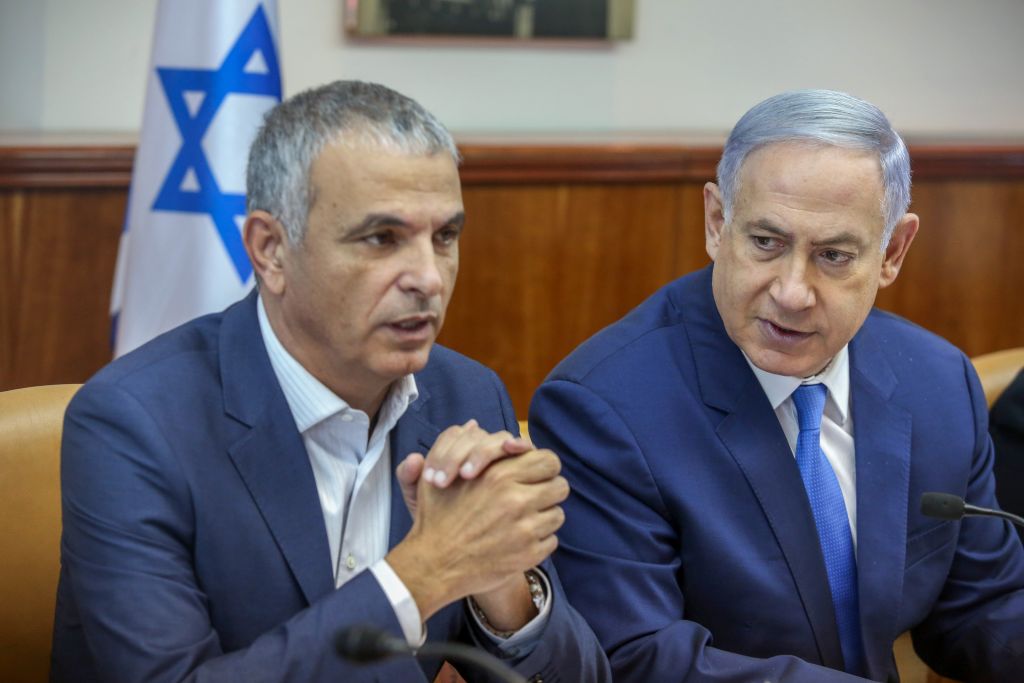 Finance Minister Moshe Kahlon on Wednesday signed an official exemption from planning rules to allow US State Department officials to build new security infrastructure at the site of the new US embassy in Jerusalem and skip over the time-consuming process of applying for rezoning and construction permits.

In a video clip posted on Twitter, Kahlon signed the waiver, declaring the embassy move to be a “historic moment for which we’ve waited for many years.”

Kahlon said the move was “unprecedented” in terms of the short time the preparations had taken and in the complexities involved in the relocation.

“As finance minister, as a citizen of Israel and as a Jew, there was nothing more important to work on, to invest effort in, than bringing the US embassy from Tel Aviv to Jerusalem and earning this recognition that Jerusalem as the capital of Israel forever, as recognized by the Jewish people and the most important of our friends, the US,” said Kahlon.

The construction work will reportedly include paving an escape road from the compound — every US embassy has one, in case the ambassador needs to be evacuated — and building a three-meter (10-foot) high security wall around the site. Until the signing of the waiver, the site’s zoning status did not allow for such changes.

The waiver is valid for three years, after which all construction work must receive approval through the regular channels.

According to reports, the US will initially retrofit a small suite of offices in the consulate facility to accommodate Ambassador David Friedman and key aides, while Friedman will still also maintain an office at the current embassy in Tel Aviv, which would thenceforth be considered a branch of the Jerusalem embassy. Jerusalem consular staff will continue to provide consular services such as issuing passports and visas at the building.

The US Consulate on Jerusalem’s Agron Street, which is responsible for Palestinian areas, will continue to function as before.

The rest of the embassy staff will remain at first in America’s current facility in Tel Aviv. Over time, the facility in Jerusalem’s Arnona neighborhood will be expanded to accommodate more embassy personnel. The expansion could ultimately involve an adjacent property that currently houses a home for senior citizens. It will come under US control in the next few years under a previous arrangement, officials said.

Eventually, a new purpose-built embassy will be planned and constructed.

Before Kahlon’s intervention, the Foreign Ministry had expressed concern Israeli bureaucracy could delay the move.

The first step of the embassy’s move is planned for May to coincide with the start of Israel’s 70th birthday celebrations.