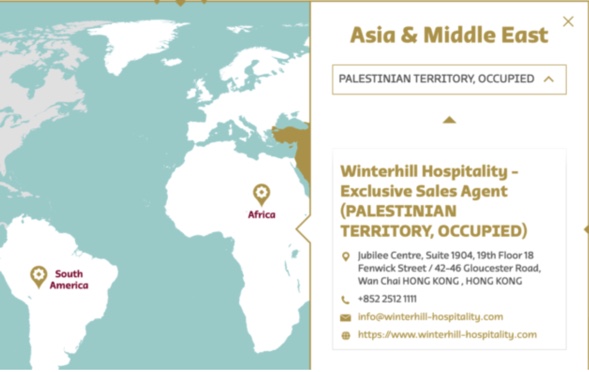 Israel is not listed among Middle East countries in a section of the FIFA website providing information about hospitality packages for the upcoming World Cup in Qatar in November-December.

Instead there is only a listing for “Occupied Palestinian Territories.”

The issue was first reported by the Ynet news site on Wednesday.

A section on the website of the world soccer governing body, FIFA, deals with hospitality packages and enables visitors to find their nearest agent to make arrangements.

After choosing “Asia & Middle East” from a map of the world, a dropdown list further narrows the choices.

Israel is not among the dozens of countries listed, though “Occupied Palestinian Territories” is.