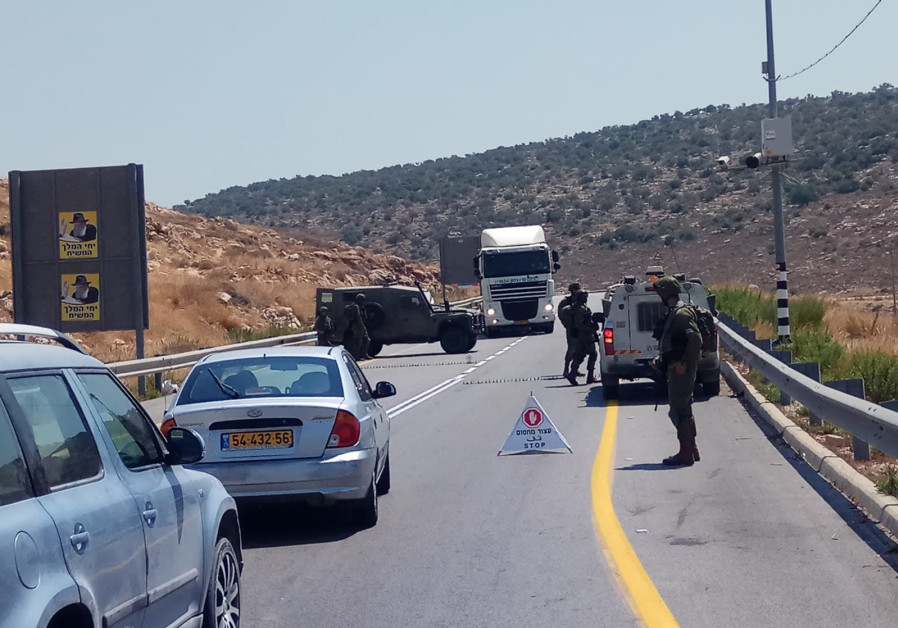 A teenage girl was killed and her father and brother were seriously injured on Friday in an explosion near a natural spring near the Israeli settlement of Dolev in the West Bank in what the military is calling a serious terror attack.

IDF Spokesperson Brig.-Gen. Ronen Manelis called the attack “a serious terror attack” and said that the military is still not sure if the explosive device was thrown at the family or if the device had been planted in the stream and remotely set off.

Manelis said the military had still not determined if the terrorists, who fled the scene, acted as part of an established terror group or were working alone.

Rina Shnerb, 17, of Lod, was critically wounded in the attack at Ein Bubin spring and was treated at the scene before succumbing to her wounds. She was laid to rest at 3.30PM in the Lod cemetery.

Her father David Eitan Shnerb is said to be conscious and in moderate condition while his 19 year-old son Dvir is sedated and on life support with injuries to his entire body. The two men were evacuated to Hadassah Ein Kerem for medical treatment by helicopter while the Rina was treated on the spot.

According to reports, Eitan Shnerb received a commendation during his reserve service when he thwarted a terror infiltration by two armed Palestinians in the West Bank.

Prime Minister and Defense Minister Benjamin Netanyahu held a security consultation following the attack and said that he was receiving constant updates on the search effort and would meet soon with the commanders of the country’s security forces.

Offering his condolences to the family, Netanyahu said that the perpetrators of the attack will be caught.

“We will continue to strengthen [Jewish] communities. We will spread our roots deeper and strike out at our enemies. Security force are in pursuit of the vile terrorists. We will reach them. Our long arm will pay them their dues.”

The Chief of Staff toured the area together with the commander of the Center, Maj. Gen. Nadav Padan and Commander of the Division Judea and Samaria, Brigadier General Eran Niv and received an overview of the cut-off situation.

IDF Chief of Staff Lt.-Gen. Aviv Kochavi, the Head of the Central Command Maj.-Gen. Nadav Padan, Judea and Samaria Division Commander Brig.-Gen. Eran Niv and other senior commanders have been to the field conducting a situational assessment, the IDF said.

Blockades have also placed in the area as troops searched for the terrorist who is believed to have fled the scene in a white car.

Wishing a “speedy recovery” to Eitan and Dvir Shnerb, Kochavi said “I am in pain for the Schnarb family over the murder of the late Rina and I sending my condolences to the family on this difficult day.”

“We are in the midst of a manhunt that is led by IDF troops, the Shin Bet and the police, and we are coordinating a broad intelligence operation in an effort to detect the perpetrators of the murderous and heinous attacks. I am confident in our ability to locate the attackers quickly and we will continue to provide a high quality and comprehensive security response for residents living in Judea and Samaria,” Kochavi said referring to the biblical name of the West Bank.

In addition to the reinforcements, the military is working with the Shin Bet security service and the Israel Police to locate the attackers.

“The army is dealing with attempted terror attacks, with lone-wolf assailants and with terror cells,” Manelis said, adding that there has been an increase in terror activities and violence in the West Bank and Gaza Strip.

According to Manelis, the reinforcement of troops were also deployed in a defensive maneuver to prevent any additional attacks.

Following the attack residents of Dolev were asked to remain in their homes.

Last month the Shin Bet announced that it foiled a series of attempts by the military wing of Hamas to establish terror cells in the West Bank and that it had arrested an explosives expert who entered Israel with a humanitarian permit for medical treatment.

“The military wing of the Hamas terrorist organization in the Gaza Strip continues to invest considerable efforts in establishing terrorist infrastructure in the West Bank with the aim of promoting terrorist attacks in Israel aimed at undermining regional stability,” a senior Shin Bet officer said.

While no group has claimed responsibility for the attack, Hamas praised the attackers saying that “today’s operation is proof of the vitality of our people and their bravery and their failure to surrender to the crimes and terrorism of the occupation.”

Hamas politburo chief Ismail Haniyeh said that the attack was a warning to Israel to stay away from the “powder keg” that is Jerusalem.

“I welcome today’s operation, and although I don’t know who carried it out, I support them and wish them safety. The operation is a warning to the occupation concerning Jerusalem and Al Aqsa,” he said in a statement.

Describing the West Bank as a “volcano that will erupt,” Haniyeh said the group “warned Israel not to hold this election campaign at the expense of our historic right as the Palestinian people.”