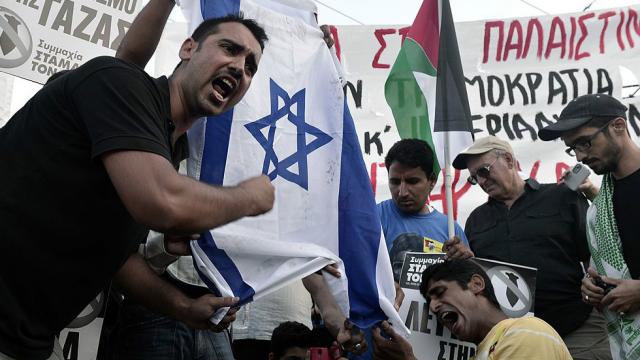 “Taylor was very outgoing. No dislikes, no agendas. Enjoyed playing the guitar, an Eagle Scout… he was basically an all-American kid. He made sure that everyone around him felt good,” Stuart Force told the Haym Salomon Center, speaking about his son, whose life was taken by a Palestinian terrorist last year.

“He would have made a great contribution to the betterment of so many people,” said the grieving father, trying his best to hold back the sadness in his voice. “And that is the greatest tragedy of all.”

A native Texan, Taylor graduated from West Point in 2009. It was there that he met and became good friends with his fellow classmate, David Simpkins, a former U.S. Army officer and veteran of the U.S. Global War on Terrorism. After leaving the military, David finished an Orthodox Jewish conversion in Jerusalem and now resides in Israel.

“Taylor was a quiet professional,” said David with fond memories of his friend and former classmate. “At West Point, I could see him break down an issue and meticulously come up with the right solution.” David went on to describe himself as somewhat of a prankster during his time at West Point, who sometimes got into trouble with his fellow classmates.

“When people wouldn’t talk to me due to my antics, it was Taylor who always checked up on me. He always came to my defense when others wanted to kick me out. Taylor was very kind to me,” said David.

After completing his service, Taylor entered the Owen Graduate School of Management at Vanderbilt University to study for his MBA. As part of his program, he visited Israel along with a study group.