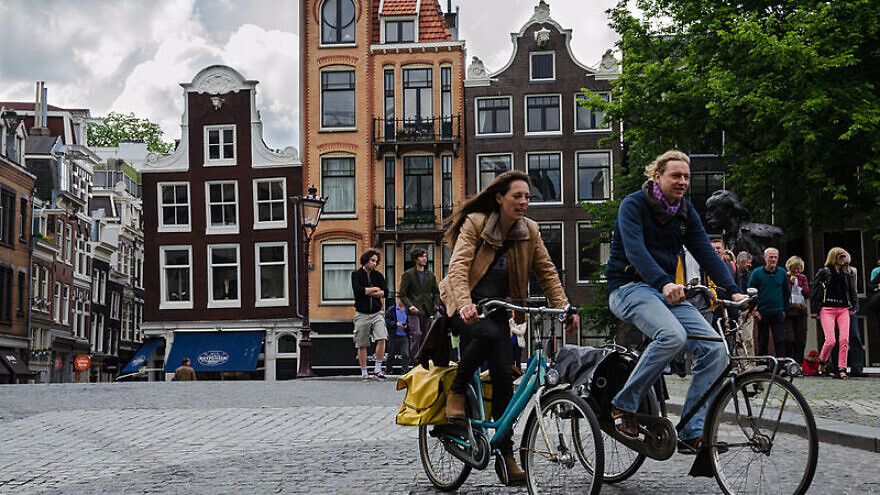 (January 16, 2020 / Israel Hayom) A fake bomb was placed at the entrance of an Israeli-owned kosher restaurant in Amsterdam on Wednesday.

The “bomb,” a cardboard box with masking tape fastening wires and an electric trigger mechanism to the top, was found outside the HaCarmel restaurant in southern Amsterdam.

Restaurant owner Sami Bar-On told Israel Hayom that this was not the first time his establishment had been targeted.

“This was the fourth time in the past four years,” said Bar-On, “but we won’t give in to this behavior and we will raise our heads. I’m not scared, we aren’t scared, and we will continue operating with tremendous pride.”

Bar-On said he knew who was behind the attack.

“This wasn’t the first time. I know it was Muslims,” he said.

HaCarmel first made headlines in 2017 when a man waving a Palestinian flag smashed its main window, stealing the Israeli flag hanging there.

The suspect, a Syrian asylum seeker, was arrested when he came out of the restaurant. He was convicted of vandalism after 52 days in jail awaiting trial, but was released with no additional penalty.

In another incident, the restaurant was pelted with eggs.