Eyes skyward: sunlight for powering all of Israel 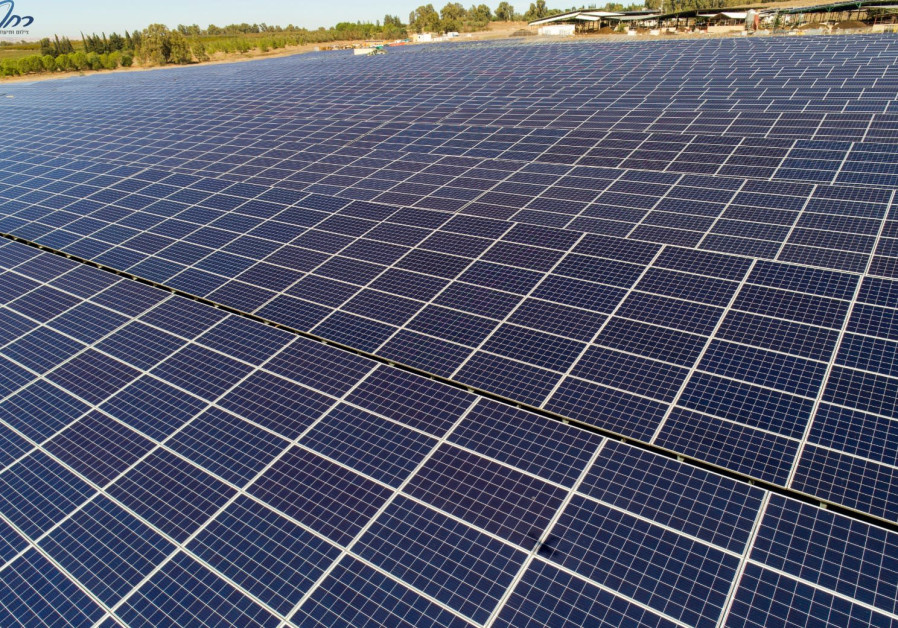 The Arava region of southern Israel, which includes the city of Eilat, will reach its goal of being 100-percent reliant on solar energy during the daytime by next year, placing the area light years ahead of the rest of the country.

The team responsible for the achievement, along with other experts, is now lobbying for legislation that would make the entire country 100% solar-energy-reliant during daytime hours by 2030. At present, fossil fuels provide 95% of Israel’s electricity.

The effort comes against a backdrop of climate protests in Tel Aviv and elsewhere around the world, many inspired by Greta Thunberg, the 16-year old environmentalist who sailed from her native Sweden to New York to speak at the UN Climate Change conference.

The Arava achievement is the result of a partnership between Yosef Abramowitz, CEO of Energiya Global, and Dorit Banet, CEO of Eilat-Eilot Renewable Energy.

Abramowitz is a pioneer of the solar-energy industry in Israel, and his firm uses the Arava model to build solar and wind installations in Africa. Eilat-Eilot is a non-profit that promotes sustainable energy as a tool for economic growth in southern Israel.

“When the Arava region had the initial goal of 100% daytime [solar energy] by 2020, there were so many naysayers – and for relatively good reasons: cost, space and grid stability, along with regulatory, statutory and political [feasibility],” Abramowitz told The Media Line. “We’ve answered every concern that not just a region would have, but that a country would have.”

At $0.06 per kilowatt, the cost of solar energy is now less than the cost of natural gas.

“Solar is around one-third the price of natural gas, but that fact is conveniently buried by politicians and the natural gas company,” Abramowitz said. “Once Israelis learn that they are paying three, maybe four times more for their power than they should be, they will want solar.”

He added that “the cost of storage necessary to keep consistent power when the weather is uncooperative and for use at night” is also on the decline.
A major concern about solar energy is the land required for large installations.

Even though the South is less populated than the rest of Israel, Abramowitz said that “zoning rules are arduous, making it difficult to install the necessary equipment. In addition, vast tracts of land in the region are comprised of nature preserves and military zones.”

He added that he and Banet worked with municipalities, private companies and kibbutzim to lease areas needed to power the region, saying experts were using GPS mapping to show how all of Israel can achieve 100% solar power by 2030.

“It will be done by using rooftops on houses, commercial centers and military installations, among other places,” he said.

Banet admits that the Arava represents a tiny fraction of Israel’s energy consumption, but told The Media Line that “it is possible to convert the rest of Israel to solar power. What was done in the region can be applied to the rest of the country.”

Israel’s current nationwide goal of 17% solar energy use during the day is based on the calculations for Germany, the world’s leader in solar-power consumption.

“Solar energy is not always constant, as it can be interrupted if the sun is not out,” Abramowitz says. “That is not an issue in the Arava due to the extensive sun the region receives.”

Another problem that needs to be overcome is grid stability.

“In order to get the rest of the country up to 100% solar energy during the day, existing power lines need to be updated so that excess electricity can run from the South to areas in the North of Israel that do not have as much sun, and power grids would need to run differently,” he explained.

“You have to change your way of thinking about the grid,” he went on. “You need independent microgrids that are connected to the main grids, and to manage them differently.”
Abramowitz says a decentralized approach has security benefits as well.

“If one solar field is hit [in wartime or by terrorism], it does not impact the rest,” he said. “This is the opposite of Israel’s [conventional] power plants, which are within rocket range of Hamas and Hizbullah, and are responsible for most of the electricity produced.”

He called solar energy “the smartest national-security energy plan that you can put forward.”

Victor Weis, executive director of the Tel Aviv-based Heschel Center for Sustainability, told The Media Line that “it’s not just the challenge of changing from fossil fuel to solar energy – it’s how we change the structure of the energy system and break the monopoly that a few companies have in order to bring energy to people.”

“The Israeli government relies on gas,” he explained. “It’s a political issue. In the next year, all the world’s governments, not just Israel, must set their climate goals for 2050, so this year is the most crucial to ensure change.”

Abramowitz says he is optimistic about Israel passing legislation to make the entire country 100% daytime-solar by 2030.

“It’s definitely going to pass,” he said. “The question is how long it is going to take and how hard it is going to be. But now there is public pressure to get something done.”