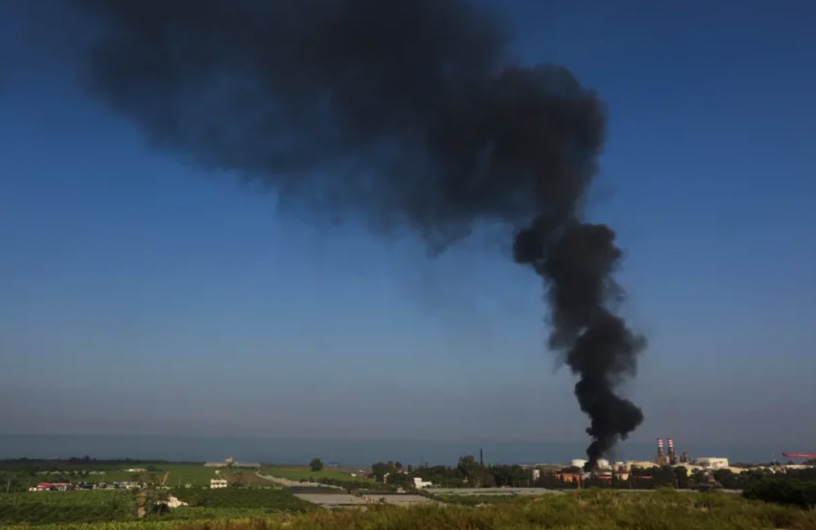 A large explosion was heard between Deir El Zahrani and Houmine El Faouqa in southern Lebanon early Thursday morning, according to Lebanese media.
Video reportedly from the scene showed a blaze with smoke rising from the site. The explosion reportedly took place in an uninhabited area. The cause of the explosion is still unclear.
According to LBCI news, a series of explosions were reported at a military site belonging to Hezbollah on the banks of the Zahrani River. No injuries or deaths were reported in the incident.
Sawt Beirut International Radio (Voice of Lebanon) reported that Hezbollah members quickly cordoned off the area and prevented an ambulance from approaching the scene. An-Nahar reported that journalists were prevented from reaching the area as well. According to An-Nahar, local residents could see flames from a distance after hearing a “very loud” explosion.
Hezbollah has yet to release a statement addressing the explosion.
Read More: The Jerusalem Post