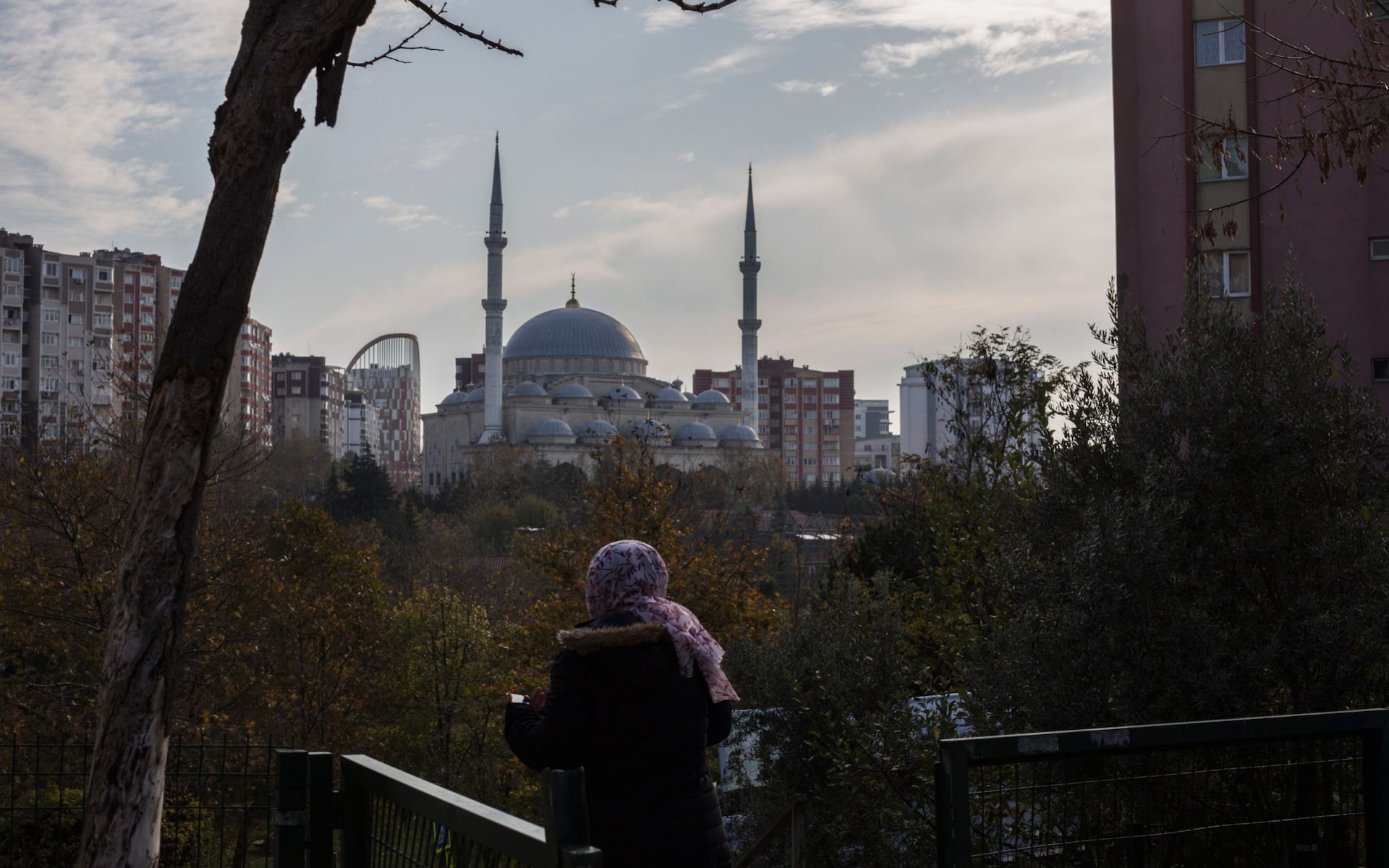 Turkey is allowing senior Hamas operatives to plot attacks against Israel from Istanbul, The Telegraph can disclose, as President Recep Tayyip Erdogan plays host to the terrorist group’s leaders.

Transcripts of Israeli police interrogations with suspects show that senior Hamas operatives are using Turkey’s largest city to direct operations in Jerusalem and the occupied West Bank, including an assassination attempt earlier this year on the mayor of Jerusalem.

Israel has repeatedly told Turkey that Hamas is using its territory to plan attacks, but last weekend Mr Erdogan met Ismail Haniyeh, the head of Hamas, and Turkish intelligence agents maintain close contact with the group’s operatives in Istanbul. “We will keep on supporting our brothers in Palestine,” Mr Erdogan said.

Turkey is already facing questions from Western allies over its support for extremist rebels in northern Syria and over its commitment to Nato after buying a Russian missile system.

Turkey agreed in a US-brokered 2015 deal with Israel to stop Hamas planning attacks from its soil but has consistently failed to honour the agreement, Israeli officials said.

The issue has fuelled hostility between the two states, even though they maintain diplomatic relations. “Israel is extremely concerned that Turkey is allowing Hamas terrorists to operate from its territory, in planning and engaging in terrorist attacks against Israeli civilians,” its foreign ministry said.

The Turkish government has offered Hamas safe harbour in Istanbul even as Arab states such as Saudi Arabia have distanced themselves from the group and moved closer to Israel. Hamas is considered a terrorist group by the EU and US. Its armed wing has been designated a terror group by the UK.

Turkey has proved such a welcoming environment for Hamas that the group’s deputy leader, who has a $5 million US government bounty on his head, travels freely to the country without fear of arrest. A dozen Hamas operatives have moved to Istanbul from the Hamas-controlled Gaza Strip in the past year, according to Israeli and Egyptian intelligence records.

Among them is the former leader of a suicide bombing cell responsible for some of the bloodiest attacks in Israel in the Nineties.

In one failed plot in February, a Hamas official ordered a Palestinian to assassinate Jerusalem’s mayor, an MP from Benjamin Netanyahu’s party or Israel’s chief of police. The plot failed. In another case, a Hamas operative offered to pay $20,000 to the family of any would-be suicide bomber.

“Hamas’s resistance activities are conducted only in the land of occupied Palestine,” a Hamas spokesman said. Leading Hamas operatives and alleged linked businesses did not respond to requests for interviews.

‘They are not terrorists’: Turkey offers sanctuary for Hamas in Istanbul

Adham Muselmani braced against the February wind sweeping through Istanbul’s Taksim Square and dialed the number he had been given.

The phone rang once. Twice. The 23-year-old Palestinian rehearsed the code he had been told to say: “This is Tariq from Jerusalem. I’m in Istanbul and I’ve come to eat knafeh,” a sticky dessert.

Forty minutes later he was face-to-face with Zacharia Najib, a senior Hamas operative, who told him that if he wanted to be remembered he needed to kill a prominent Israeli.

Muselmani returned home to Jerusalem’s Shuafat refugee camp and was looking into buying a Glock pistol when he was arrested by the Shin Bet, Israel’s equivalent of MI5.

The failed assassination plot was one of several recent attacks on Israel that Hamas planned from Istanbul while Recep Tayyip Erdogan, Turkey’s president, has turned a blind eye and embraced the Islamist militant group, a The Daily Telegraph investigation has found.

Transcripts of Israeli police interrogations with Muselmani and other would-be attackers show senior Hamas operatives are using Turkey’s largest city to direct operations in Jerusalem and the occupied West Bank.

Israel has repeatedly told Turkey that Hamas is using its territory to plan attacks but rather than take action Mr Erdogan continues to meet with its leaders.

Mr Erdogan hosted Ismail Haniyeh, the head of Hamas, last weekend and Turkish intelligence agents maintain close contact with the group’s operatives in Istanbul. “We will keep on supporting our brothers in Palestine,” Mr Erdogan said.

Turkey has proved such a welcoming environment for Hamas that the group’s deputy leader, Saleh al-Arouri, who has a $5 million (£3.8 million) US government bounty on his head, travels freely to the country without fear of arrest. This week a relaxed Arouri posed for photographs with other Hamas leaders in Istanbul.

A dozen Hamas figures have moved from Gaza to Istanbul in the last year, according to Israeli and Egyptian intelligence records, social media posts, and interviews with Palestinians in the city.

Among them is Abdel Rahman Ghanimat, the former leader of the “Surif Cell”, a Hamas squad responsible for a series of suicide bombings, including a 1997 attack on the Café Apropo in Tel Aviv which killed three young women. Kamal Awad, a Hamas financier recently sanctioned by the US Treasury also recently moved to Istanbul.

“Israel is extremely concerned that Turkey is allowing Hamas terrorists to operate from its territory, in planning and engaging in terrorist attacks against Israeli civilians,” Israel’s foreign ministry said.

A Turkish diplomatic source denied Hamas was planning attacks from Turkey and said the group was “not a terrorist organisation” but a legitimate Palestinian political party which won the most recent Palestinian elections in 2006.

“We reject all claims that Turkey is being used for anti-Israel activities,” the source said.

Hazem Qasem, a Hamas spokesman, denied the group planned attacks from Turkey. “These are baseless allegations that aim to negatively affect Hamas’ relationship with Turkey. Hamas’ resistance activities are conducted only in the land of occupied Palestine,” he said.

The Hamas network in Turkey operates under the orders of Arouri, the number two leader of Hamas and its most senior figure outside Gaza. Arouri was based in Istanbul until 2015 when Turkey asked him to leave as part of an effort to mend relations with Israel. He now divides his between Turkey and Lebanon.

Israeli officials say Turkey agreed in the same 2015 deal to stop Hamas planning attacks from Istanbul but has consistently failed to live up to that promise.

Much of Hamas’ military focus in Turkey is on remotely planning attacks in Jerusalem and the occupied West Bank, where it is difficult for the group to organise on the ground. Israel and the Palestinian Authority (PA), the Palestinian semi-government in the West Bank, cooperate closely to thwart Hamas in both areas.

In one police transcript, a Palestinian imam describes a meeting in Istanbul with Hisham Hijaz, a Hamas operative freed from Israeli prison in the same 2011 prisoner exchange as Najib. Like Najib, he focuses on carrying out attacks in the West Bank.

“[Hijaz] told me he thinks about the West Bank 24 hours a day,” the imam said. He said Hijaz ordered him to find recruits for a suicide attack against Israel and offered to pay the attacker’s family $20,000. The plot never materialised.

Najib offered another man weapons training in Turkey ahead of a possible attack back in Israel.

The Telegraph attempted to contact both Najib and Hijaz at their homes in the Basaksehir district of Istanbul, a political stronghold of Mr Erdogan’s Justice & Development Party where several Hamas operatives live. Neither could be reached.

Mr Erdogan seeks to present himself as a champion of the Palestinians and has embraced Hamas even as Saudi Arabia, Egypt, and other Arab states have distanced themselves from the group amid warming ties with Israel.

He met with Ismail Haniyeh on Saturday and discussed “issues concerning the Palestinian cause, including the dangers posed to the al-Aqsa Mosque [in Jerusalem] and Turkey’s role in support of Palestinian cause,” Hamas said.

Lower-level meetings between Hamas and Turkish officials occur frequently. Day-to-day contact is believed to be managed by a channel between Jihad Ya’amor, a senior Hamas official, and the MIT, Turkey’s national intelligence agency.

Hijaz suggested to the Palestinian imam that Mr Erdogan placed only slight restrictions on Hamas activity in Turkey.

“He told me that the [Hamas] leadership met with Erdogan and he agreed that the Hamas office could collect money but told them to keep away from [Turkish] state institutions because he did not want problems.”

Amid the increasingly dire humanitarian and economic situation in Gaza, large numbers of Palestinians are leaving the Strip and traveling through Egypt to Turkey to start new lives. An estimated 35,000 left in 2018 and did not return.

Among them are at least 11 Hamas figures who have left in the last year, according to a list compiled by Israeli intelligence and Egyptian border authorities. Seven of them were freed in the 2011 prisoner exchange known as “the Shalit Deal” because it involved the release of Gilad Shalit, an Israeli soldier held captive in Gaza for five years.

The Telegraph was able to confirm the migration of some of the men by through social media posts. One man, Nahad Abu Kishk, deleted his Facebook account after we attempted to contact him but posts from his wife show the family was living in Gaza in 2018 before moving to Turkey earlier this year.

Palestinians living in Istanbul also confirmed that some of the others had recently arrived. “There are a lot of Hamas leaders who come to Istanbul with their families and their children. Why is it that Hamas leaders get to leave the situation in Gaza when the people have no jobs or services?” said one Gazan.

The most senior of the 11 men is Abdel Rahman Ghanimat who left Gaza for Istanbul in October and is now one of Arouri’s top deputies.

The 47-year-old was previously the leader of the Surif Cell, a Hamas squad that carried out a series of suicide bombings, including a 1997 attack on the Café Apropo in Tel Aviv which killed three young women.

He was captured by Israel in 2005 after ten years on the run but was released in 2011 in the Shalit Deal.

Israel has a long history of carrying out assassinations of Hamas figures abroad, including in 2010 when a team of Israeli agents travelled to Dubai on fake passports and killed Mahmoud al-Mabhouh in a hotel room.

So far Israel has refrained from acting against Hamas operatives in Turkey, perhaps out of concern for the diplomatic fallout of an assassination in the territory of a Nato member state with whom it has diplomatic relations.

Turkey’s security services relentlessly leaked to the media details about the Saudi kill team which murdered Jamal Khashoggi, The Washington Post columnist, and would likely do the same to any Israeli assassination squad that carried out an operation in Istanbul.