Exclusive: 3 Syrian Casulties Of Chemical Warfare Being Treated In Israel 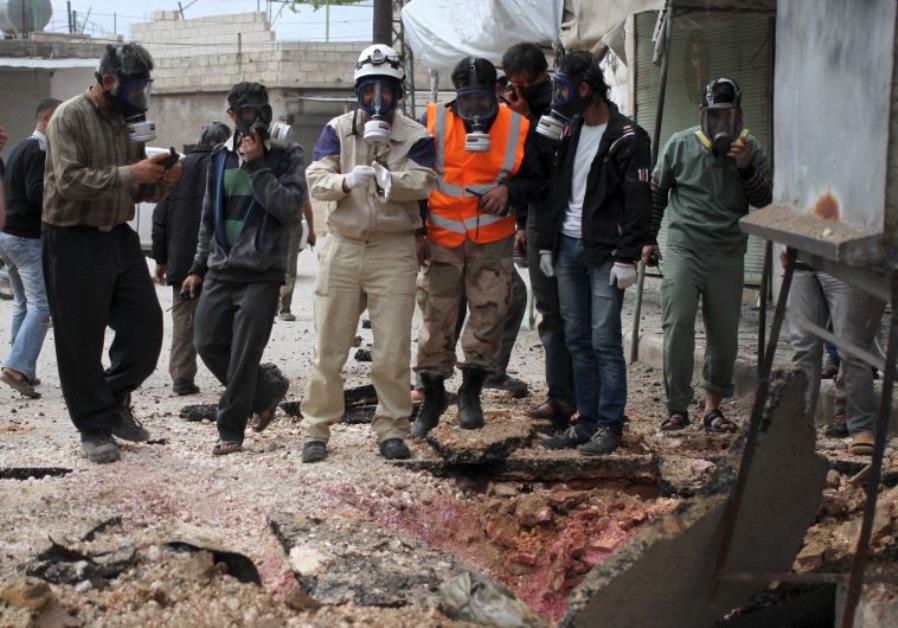 Three Syrian rebels wounded last week in an alleged chemical weapons attack by the Syrian regime of President Bashar Assad were sent for treatment in Israel, The Jerusalem Post has learned.

If Syrians hurt in the attack entered Israel for treatment, it would be the first confirmed case.

“The [Syrian regime] forces shelled a strategic site controlled by the rebels named ‘Bardaya Hill,’ and three of the rebels who suffered suffocation as a result of the gases were sent to Israel for treatment,” Abo Omar al Golany, spokesman for the Revolutionary Command Council in Quneitra and the Golan, told The Jerusalem Post. “Helicopters belonging to the Assad regime threw explosive drums containing toxic gases on the hill.”

Al Golany said the chemicals were believed to be chlorine, which has been used by the regime in the past.

According to a separate source in Israel, Syrian casualties injured in a chemical attack were transferred to Ziv Medical Center in Safed. The hospital did not respond to the Post’s inquiry by press time.

The attack was part of an ongoing offensive by the Syrian government and its Hezbollah allies to retake an area around Mazra’at Beit Jinn near the Hermon. The offensive has attempted to pressure the rebels in a small finger of territory they control near the Golan and Majdal Shams extending 15 kilometers toward Damascus along the foot of Mount Hermon.

“In recent weeks, Assad was trying to push an offensive and there was difficult fighting on the night of the 15th-16th,” the source said. “They hit [the rebels] from helicopters and used gas in at least three places. The same day, the wounded came to Israel.”

A separate source familiar with the situation also confirmed that Syrians suffering from the effects of chemical weapons had sought treatment in Israel.

By press time, the IDF responded that they are not familiar with an incident of this kind.

The area of the alleged attack is several kilometers from the scene of fighting on November 3 in which Syrian Druse from the village of Hader were killed in a bombing as rebels from Quneitra area tried to break through the siege around Beit Jinn.

At the time, Israel said it would act to prevent Hader from being overrun after Druse from the Israeli side of the Golan expressed concern for their coreligionists. This is a sensitive area because Israel has been providing aid to people in Syrian areas near the border in recent years.