Ex-London Mayor Ken Livingstone: ‘It’s not anti-Semitic to hate the Jews of Israel’ 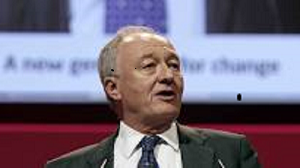 Former London Mayor Ken Livingstone says he doesn’t believe it’s anti-Semitic to hate Jewish citizens of Israel — the bulk of the population in the Middle East’s only democracy.

Livingstone, known as “Red Ken” for his left-wing policies during his 2000-2008 mayoralty, is among a cadre of Labour officials, who are open and virulent critics of the Jewish state. Livingstone has aligned himself with the Labour leader of the opposition in Parliament, Jeremy Corbyn. Their supporters have tried to portray them as victims and truth-tellers, forming a group to bolster such views, Labour Against the Witchhunt.

“It’s not anti-Semitic to hate the Jews of Israel and you can’t have a proper functioning democracy in a world in which the media, whether it’s the press or internet, can just spread lie after lie after lie,” Livingstone said during a meeting of Labour Against the Witchunt last week, according to the Daily Mail.

Livingstone says the allegations of anti-Semitism within the Labour Party are “lies and smears” meant to bring down Corbyn, the JTA reported.