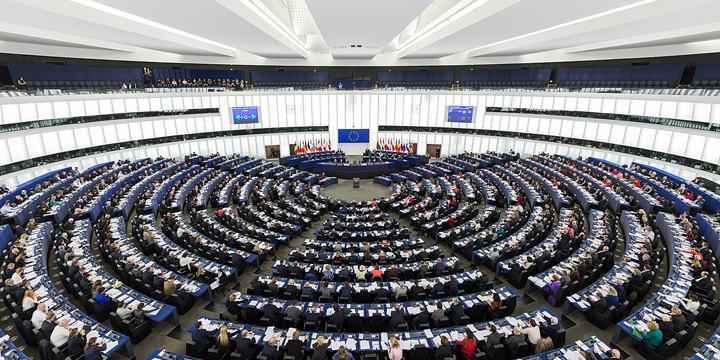 The resolutions noted “the need to guarantee that no Union funds … are used to finance textbooks and educational material which incite religious radicalization, intolerance, ethnic violence, and martyrdom among children.”

They also pointed out that “problematic material in Palestinian school textbooks has still not been removed,” and raised alarm “about the continued failure to act effectively against hate speech and violence in school textbooks.”

The European Commission — the EU’s executive arm — was called on to “ensure that all third entities only use Union funds to provide for textbooks and teaching material that reflect common values and fully comply with UNESCO standards promoting peace, tolerance, and coexistence in school education.”

Marcus Sheff — CEO of the watchdog group IMPACT-se, which examines and critiques Palestinian educational materials — said the resolutions showed that the European Parliament was “clearly exasperated by the continued payment of massive grants to the Palestinian educational sector, which is then promptly turned into one of the most hate-filled, violent, and extreme curricula worldwide.”