Erdogan says ‘out of question’ to support US Palestinian plan 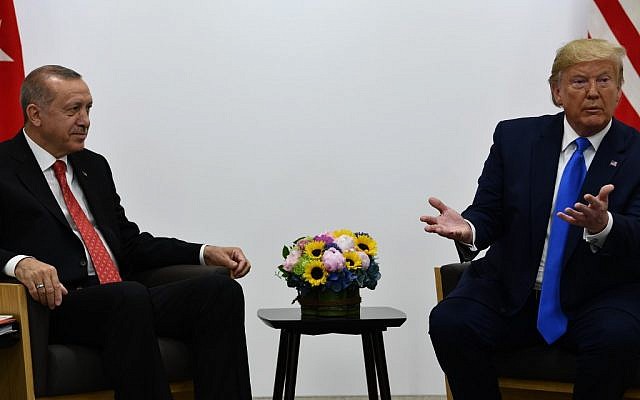 President Recep Tayyip Erdogan said it was “out of the question” for Turkey to support the US economic plan for Palestinians, in comments published on Monday.

The White House plan revealed last week calls for $50 billion in investment over 10 years in the Palestinian territories and their Arab neighbors.

“It is out of the question for us to approach this issue positively,” Erdogan told journalists aboard his plane returning from the G-20 summit in Japan, according to pro-government daily Yeni Safak.

Listing a slew of projects to develop roads, border crossings, power generation and tourism, the US framework sets an optimistic goal of creating a million Palestinian jobs.

US President Donald Trump’s administration has, however, hinted that its political plan — due later in the year — will not mention a Palestinian state, abandoning longstanding US policy.

The Palestinian Authority and its rival Hamas have both denounced the economic initiative, saying it amounts to a bid by the Trump administration to buy off their aspirations for an independent state.