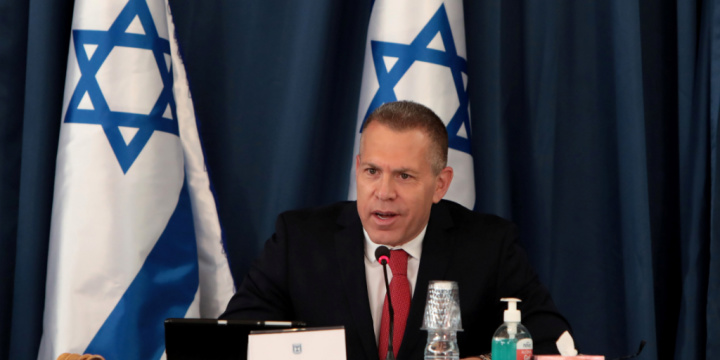 Erdan to UN Security Council: ‘Extremist Narratives’ Will ‘Keep Region Stuck in the Past’

Israeli Ambassador to United Nations Gilad Erdan warned against “adopting the narratives of the extremists in the Middle East” during a UN Security Council session on Wednesday, saying that doing so would “keep the region stuck in the past.”

Erdan, who also serves as ambassador to the US, contrasted recent milestones in Israel’s warming ties with the United Arab Emirates and Morocco with parties trying to “keep the Middle East stuck in a dark age of conflict.”

get the best of the algemeiner straight to your inbox!

“Israel and more and more moderate Arab states are working to move beyond the past of hate, instability and fundamentalism, towards a future of dialogue, tolerance and peace,” he told the debate. “Unfortunately, terrorist groups like Hamas, and radical regimes like Iran, oppose this vision of a brighter future.”

He also highlighted recent steps taken by Iran to increase the production of enriched uranium, and its foiled plot to kidnap Iranian American journalist Masih Alinejad.