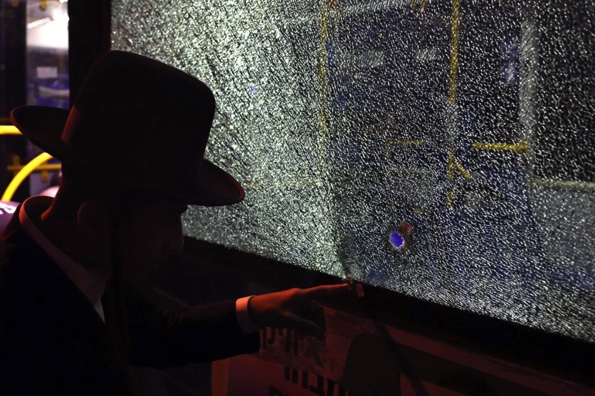 The suspected Palestinian attack came a week after violence between Israel and militants in Gaza, according to officials.

The shooting left two of the victims in serious condition. A pregnant woman suffered abdominal injuries and a man endured gunshot wounds to the head and neck, according to Israeli hospitals providing them treatment.

There were American citizens among the wounded, a spokesperson for the U.S. Embassy in Jerusalem said.

The shooting took place as the bus was parked in a lot near the Western Wall, the holiest site where Jews pray.

Israeli police arrived at the scene to investigate, and Israeli security forces went into the nearby Palestinian neighborhood of Silwan to pursue the suspected gunman.