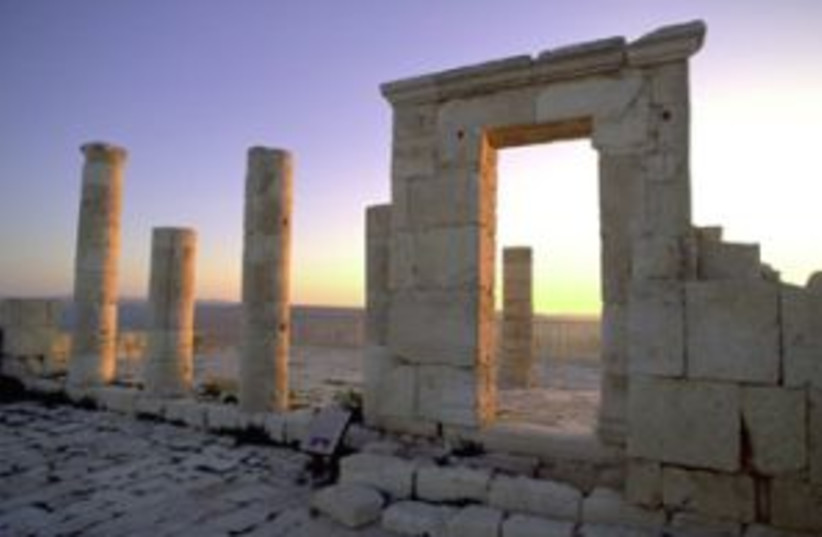 An Egyptian official has accused Israeli Jews of falsifying Jewish links to the land of Israel.

Speaking in an interview on PA TV, Egyptian Foreign Affairs Council member and former Foreign Minister’s aide Raja Ahmed Hassan claimed that Jews forged historical artifacts in a bid to construct a false narrative over Jewish ties to the land of Israel, a claim which was upheld by the program’s host.

The claim came during the program The Cause in the Egyptian Halls, aired on Official PA TV on October 7, 2019.

According to Palestinian Media Watch, which monitors Palestinian media output and translates the Arabic language into English, Hassan said: “If they allow Israel to, it will attempt to change the situation on the ground, to change the cultural sites. It changes some of the existing archaeological findings and writes on them in Hebrew. It takes control of a large number of-”
The program’s host interjected: “A forgery of history.”

Hassan agreed, saying: “A forgery which contradicts the UNESCO decisions. UNESCO has determined that neither Israel nor the Jews have any heritage in Jerusalem.”

The claim is part of a wider narrative surrounding supposed Jewish falsification of history, which the Palestinian Authorities allege is designed to sever Arab ties to the region in order to replace them with a colonialist Jewish population.

The claim has been aired widely on PA TV by Palestinian officials and archaeologists alike, and was recently repeated by the PA Minister of Foreign Affairs, Riyad Al-Malki, at UNESCO’s general conference.

In a speech to the conference, Al-Malki said: “Palestine is the cradle of civilization and the religions, and its capital is Jerusalem on whose walls is engraved some of the Palestinian people’s past, heritage, and history. Israel, the occupying power, is striving to destroy this heritage, take control of it, and falsify the history that is witness to our people having been rooted in its land for over 10,000 years, which negates the settler Israeli colonialist narrative.”

The speech was reported in the official PA daily Al-Hayat Al-Jadida, December 1, 2019.

In 2016, UNESCO passed a resolution referring to the Temple Mount, Judaism’s holiest site, as “Al-Aqsa Mosque/Al-Haram Al-Sharif,” which it presented only as a “Muslim holy site.”

The resolution condemns “escalating Israeli aggression” and Israeli “violations” at the site, and calls on Israel “to respect the integrity, authenticity and cultural heritage of Al-Aqṣa Mosque/Al-Ḥaram Al-Sharif… as a Muslim holy site of worship.”