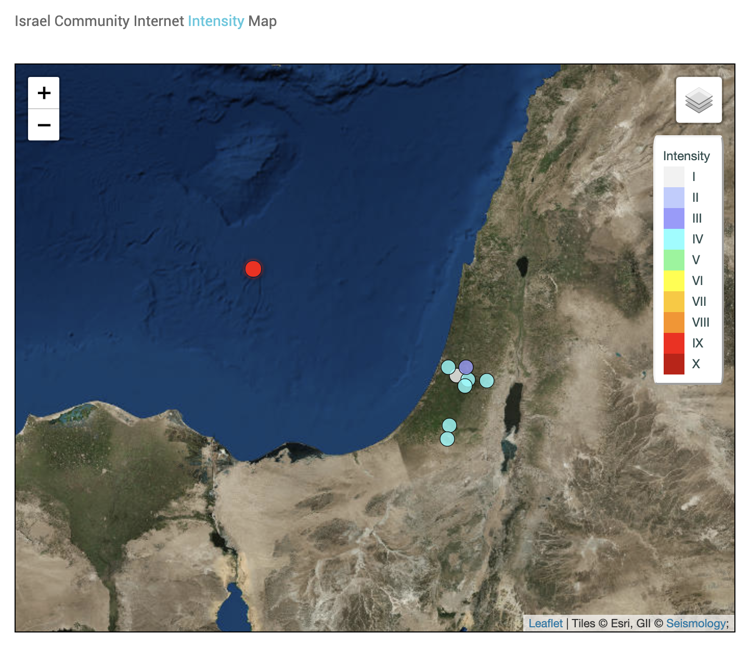 JERUSALEM (JTA) — An earthquake measuring 4.5 on the Richter scale was felt throughout Israel.

The temblor at about 8 p.m. Wednesday was centered about 125 miles off the coast of the Mediterranean Sea between the northern Israeli cities of Haifa and Hadera, according to Israel’s Geophysical Institute.

No injuries or damage have been reported.

Last July, a swarm of more than a dozen small but noticeable earthquakes shook northern Israel near the Sea of Galilee. At least four measured higher than 4 on the Richter scale, with some felt as far away as Jerusalem. A similar swarm occurred in 2013.

The Sea of Galilee is located on top of the Dead Sea Fault, also known as the Great Rift Valley, which runs from Africa to Turkey.