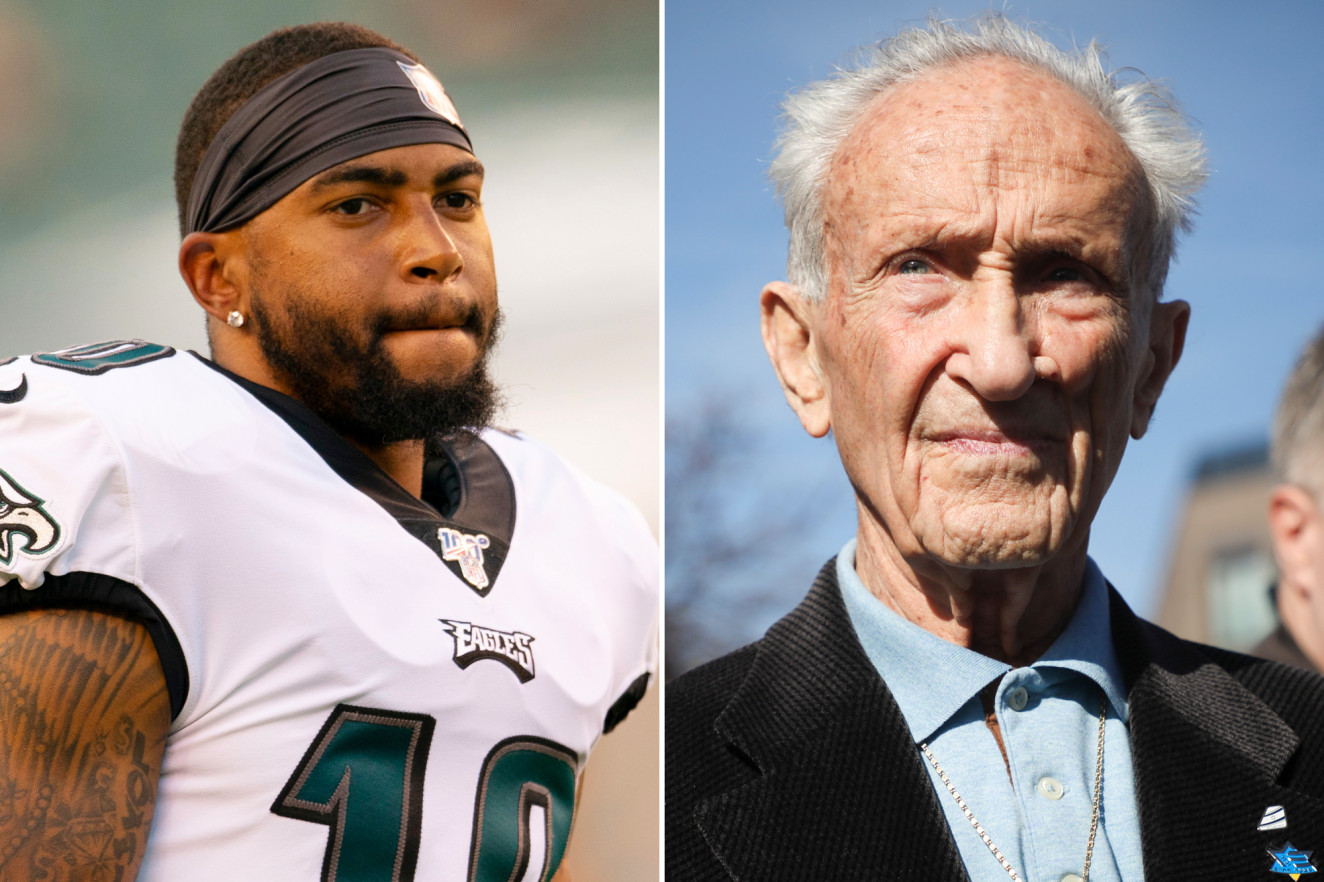 DeSean Jackson accepted an invitation to visit Auschwitz during a Zoom call Friday with a 94-year-old survivor of a Nazi concentration camp, according to the Jerusalem Post.

The wide receiver was disciplined by the Philadelphia Eagles on Friday for conduct detrimental to the team for his social media posts, which included an anti-Semitic message that he attributed to Adolf Hitler. Jackson was fined, a source told ESPN’s Tim McManus. The wide receiver also intends to donate a significant amount to Jewish community efforts, a source told McManus.

Jackson, who apologized for his posts last week, was on the call with Edward Mosberg, a survivor of the Holocaust who was dressed in his concentration camp uniform. Jackson posted on Instagram about the call on Friday, including a screengrab of the Zoom call.

“I grew up in Los Angeles, and never really spent time with anyone from the Jewish community and didn’t know much about their history, this has been such a powerful experience for me to learn and educate myself,” he said on the call, according to the Jerusalem Post.

According to the Post, he added: “I want to take the proper steps to let people know that I never intentionally had any hatred in my heart, I never wanted to put the Jewish community down, I want to educate myself more and help bridge the gaps between all different cultures.”