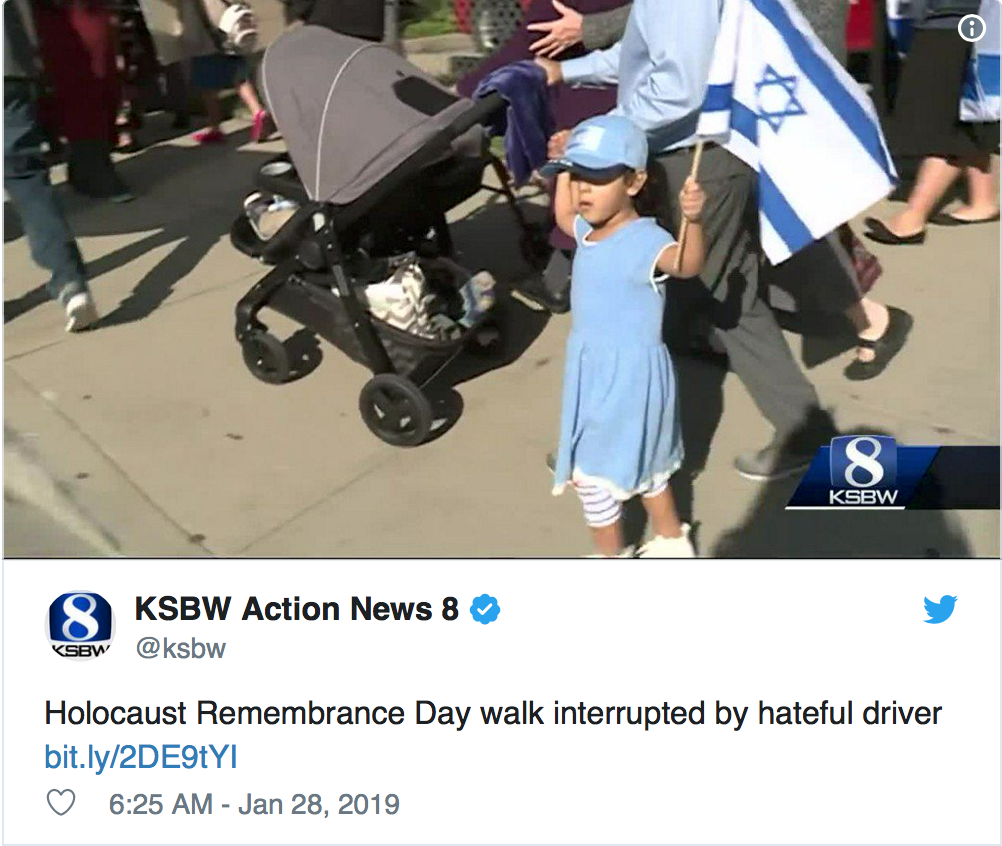 A driver yelled obscenities and anti-Semitic remarks as members of a church in California walked to mark International Holocaust Remembrance Day.

About 100 members of the Church of Jesus Christ Temple Philadelphia in Salinas, California had gathered on Sunday after services in the church parking lot to get ready for an annual walk in memory of the Holocaust and its victims. A man in a black BMW SUV drove by and yelled obscenities and insults against Israel and the Jewish people, local television station KSBW reported.

The driver circled back to yell at the marchers again, according to the report.

The church has worked with the Jewish community in Salinas for a number of years, according to the report. Its pastor currently is visiting Israel on a religious pilgrimage.