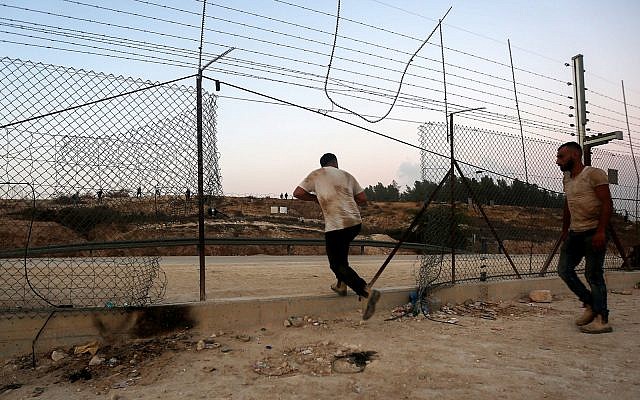 Dozens of Palestinians illegally crossed into Israel from the West Bank Friday in a major breach of the border fence.

The incident happened in the area of Tulkarm in the northern West Bank near the Israeli city of Netanya, the Walla news site reported.

The border-crossers burned parts of the fence, and sabotaged a mechanical gate for the second time in a week.

The incident happened despite the fact that the army had recently strengthened its security apparatus in the area, including by fortifying the gate with concrete slabs.

In the earlier crossing, Palestinians had damaged the gate, allowing vehicles to pass through, in an incident that was filmed and spread on Palestinian social media, the report said.

Israeli residents of the area said the border crossings frightened them and that they were concerned about burglaries in the area. They expressed anger at the authorities’ failure to prevent the breach.

The IDF had yet to respond to the latest incident.

Tens of thousands of Palestinians cross into Israel weekly to work jobs at construction sites, shops, restaurants and other places, where they can earn substantially higher salaries than in similar positions in the West Bank. Many are also employed illegally in the Jewish State.