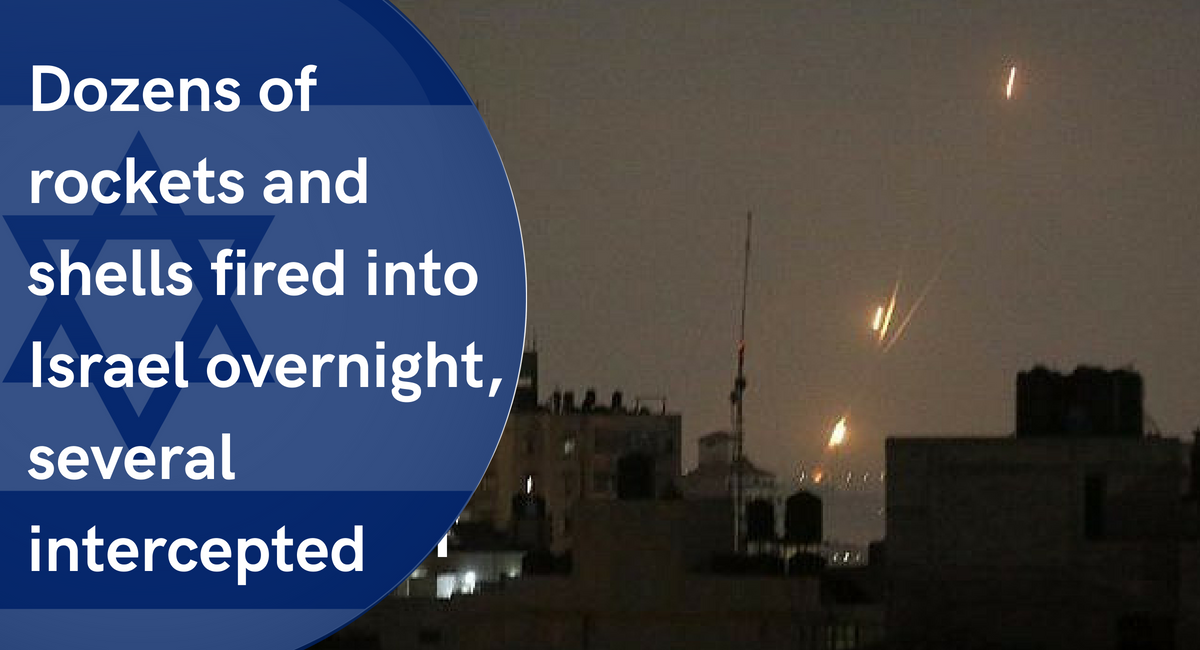 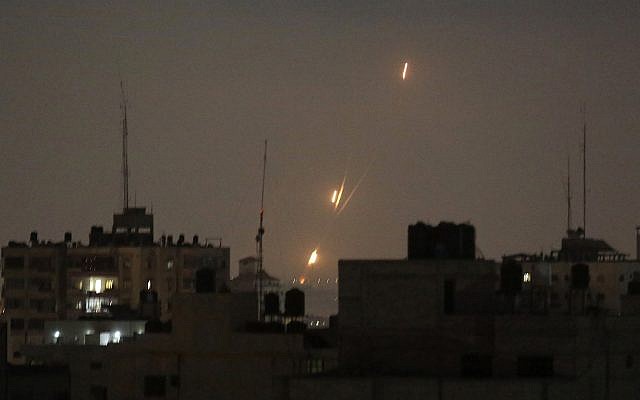 Thousands of Israelis spent the night in bomb shelters as terrorist in the Gaza Strip fired some 40 rockets and mortar shells at communities near the coastal enclave early Wednesday, with several of them being intercepted by Iron Dome. There were no reports of injuries.

The IDF said that rockets and shells were fired at the Eshkol, Sha’ar Hanegev and Sdot Negev regions and that Iron Dome intercepted some of them, while most of the others fell in open areas. One house in the Eshkol region suffered a direct hit, though it was empty at the time.

The army did not give the number of launches, but Hebrew media reports said there were more than 40.

Sirens also went off in other regions including the city of Ashkelon and the town of Netivot, but the IDF said they appeared to be false alarms and they were investigating the cause.

Earlier in the evening, fragments of a rocket that had apparently been intercepted by Iron Dome landed in a sports facility in Netivot. The shards of the projectile caused light damage to a number of structures, but no injuries. One woman, who was close by at the time, was said to have suffered a panic attack.

A video, shared by Channel 10 news on social media, showed a cloud of smoke coming out of the area following the impact.

Despite the attacks, schools in the region were set to open on schedule Wednesday morning.

Late Tuesday Israeli warplanes hit some 25 Hamas targets in the Gaza Strip in a second wave of retaliatory strikes, the army said.

Midnight came and went with no signs that a reported ceasefire deal had taken hold to end a day of cross-border attacks that began with a barrage of mortar shells from Gaza into southern Israel. Terror groups in the Gaza Strip said an agreement had been reached under Egyptian mediation, while Israeli officials denied a truce had been agreed upon.