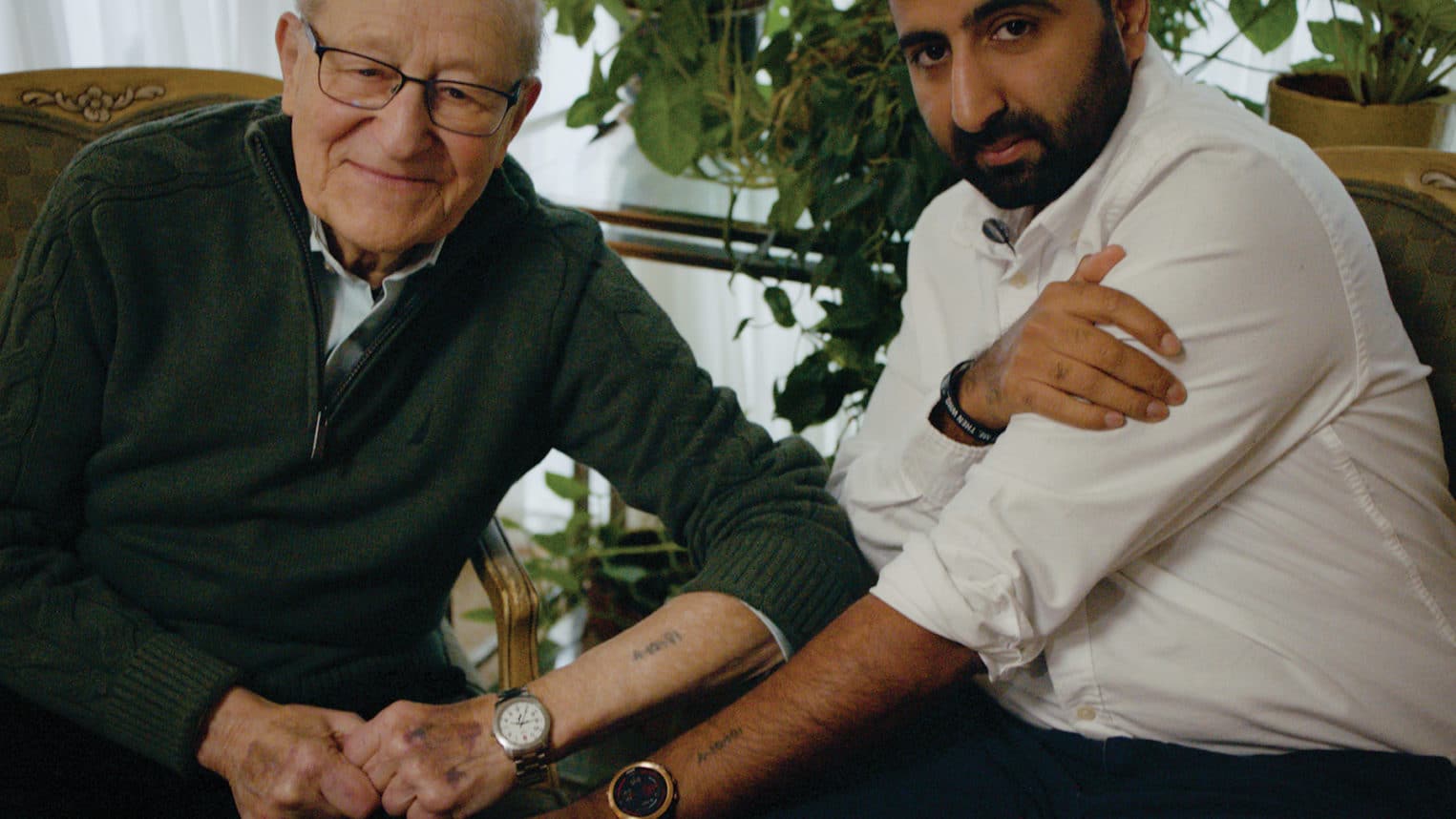 Ninety-one-year old Holocaust survivor Irving Roth and 36-year-old former radical Islamist Kasim Hafeez are now close friends. After Hafeez noticed the concentration camp number on Roth’s forearm, he had it imprinted on his own arm as a sign of solidarity.

The story of the two men, told against a background of historical and current global anti-Semitism, is the focus of the documentary “Never Again?” It was produced and financed by Christians United for Israel (CUFI), which counts 9 million adherents and bills itself as the largest pro-Israel organization in the United States.

At first blush, the opening storyline strains credulity. However, after speaking with Hafeez and writer-producer Rick Eldrige, the story holds up.

Roth was born in small Slovakian town. He witnessed Hitler’s invading army and at 14 he was transported to the Buchenwald concentration camp. Toward the end of World War II, weighing 75 pounds, he survived a death march during which his brother died.

Hafeez was born in Nottingham in England’s East Midlands, home to a large population of Muslim immigrants, including his father, who emigrated from Pakistan. As a youngster, Hafeez was formally taught the Quran and informally instructed that Jews, especially Israeli Jews, were evil and his permanent enemies.