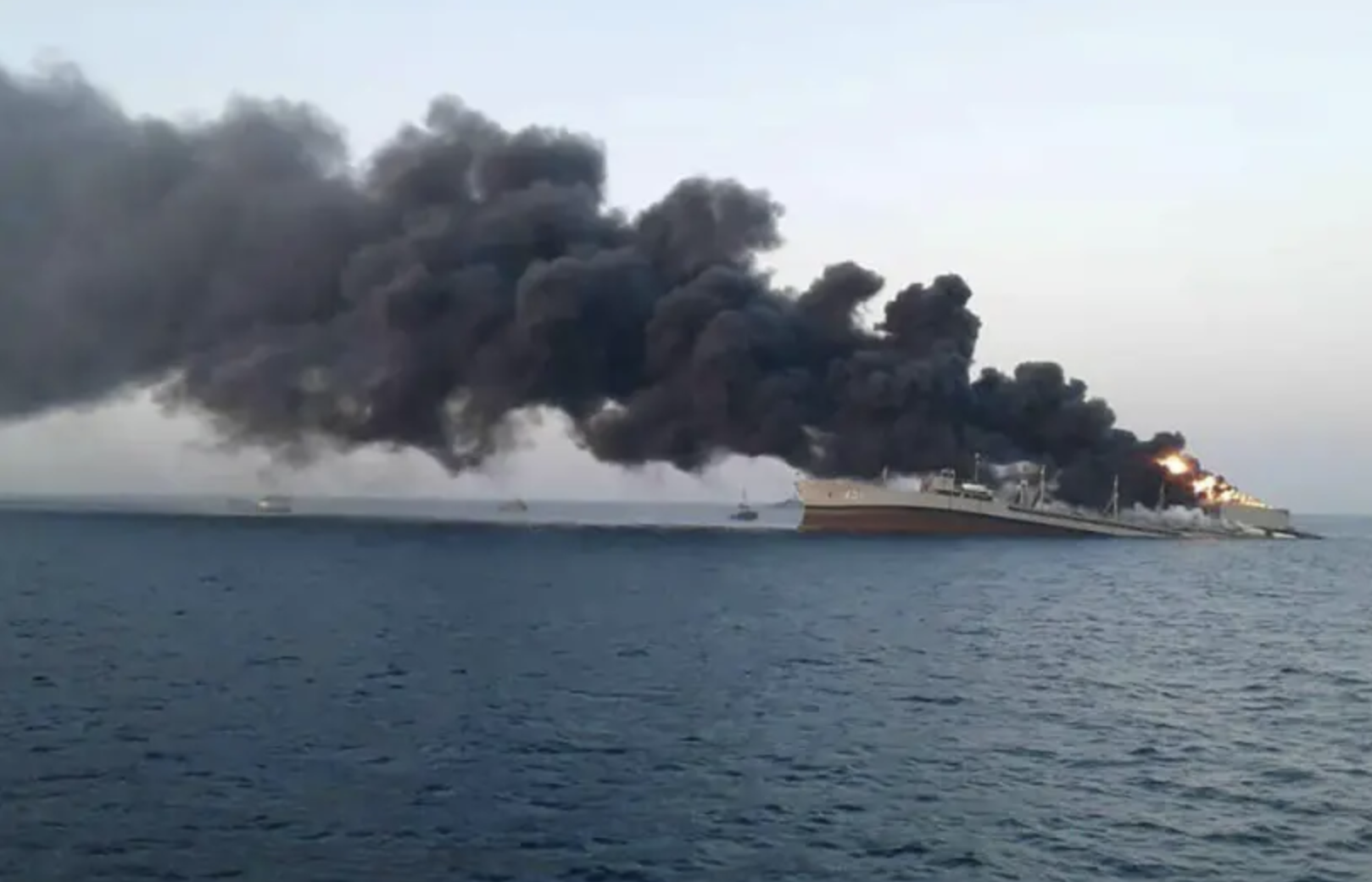 Disaster for Iran as its largest naval ship sinks

Iran suffered another humiliating disaster after its largest naval ship, which it calls a naval training support vessel, was destroyed in a fire. The fire happened near the port of Jask and rumors circulated throughout the night.

The disaster was confirmed in the morning at Tasnim News in Iran and other sources reported the same. Iran says that “measures were taken to extinguish the fire, the trained personnel disembarked and were taken to shore.” It is the last fire to destroy an important Iranian asset.

It is not clear if the fire was accidental but tensions have loomed over the region for the last year amid reports of various attacks on vessels of Iran and Israel as well as Iranian harassment of US ships. Iranian ships swarmed a US Coast Guard vessel in April and the US seized an Iranian shipment of weapons on a Dhow in May.